Solar production at Saint John’s began in November 2009 with the installation of solar panels in an area northwest of campus. The project was supported by a $2 million grant from the Xcel Energy renewable development fund. This original 3.9-acre plot for the solar array consisted of 1,820 modules capable of producing a yearly yield of 575,000 kW (an equivilant of roughly 4% of Saint John’s total annual electrical energy needs). Additional panels were added in 2014, bringing the total capacity to 582 kW.

In November 2014, Saint John's partnered with Geronimo Energy to create a 23 acre “solar garden”. Saint John's Abbey leases the land to Berkshire Hathaway Energy, who operates the Orion Community Solar Garden, LLC.  The solar garden has a total capacity of 3,000 kW (3 megawatts) and produces roughly 5,100,000 kWh of electricity annually. Saint John's purchases 40% of the energy produced, the maximum allowed under the subscription agreement. The remaining 60% is purchased by other subscribers.

For more information on the array or to arrange a tour of the facility, please visit the links below: 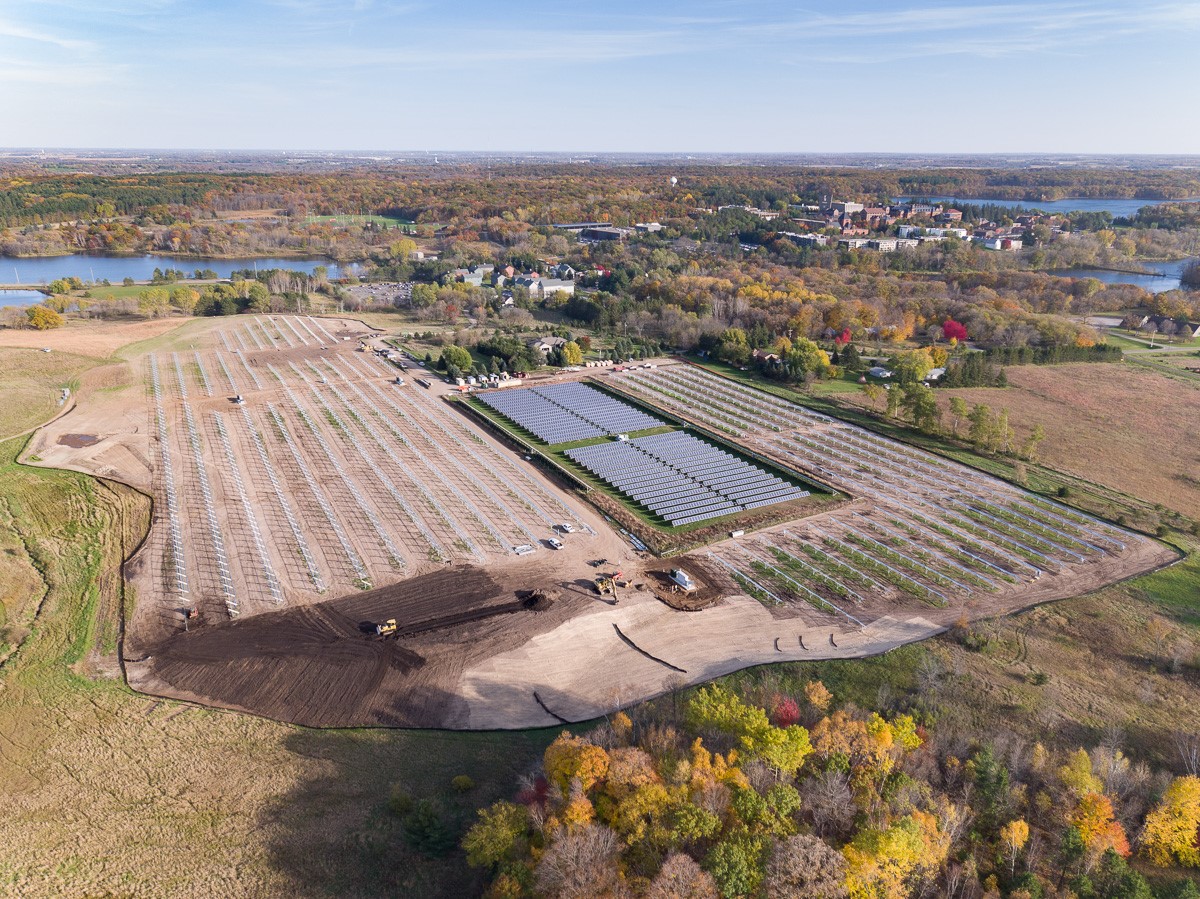