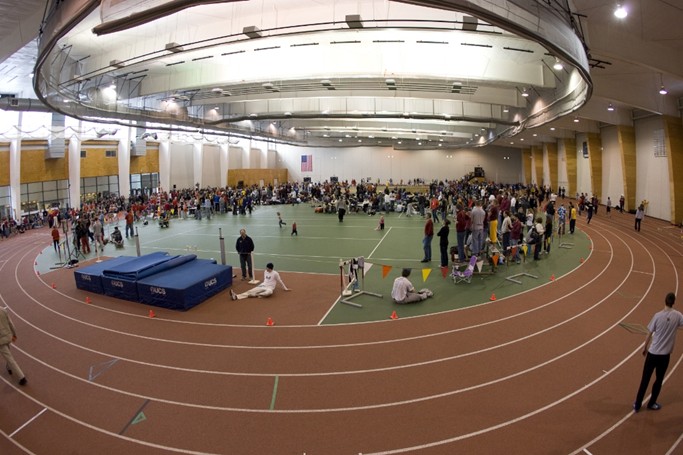 In March 1998, the Spectrum was renovated thanks to a gift from former SJU Regent, Donald McNeely.

In times of adverse weather, the spectrum is utilized by the football, baseball and golf teams as an alternative, indoor practice facility. The wrestling team hosts its annual North Country Open in the Spectrum every February and the Spectrum has also been host to the Minnesota Intercollegiate Athletic Conference (MIAC) Indoor Track and Field Championships.

The Spectrum is also the main intramural and club facility on campus. It hosts various intramural leagues and championships during the course of the academic year and doubles as a practice space for club sports.

CSB/SJU and outside groups interested in renting/reserving the McNeely Spectrum, contact Nicci Malecha at 320-363-3296 or [email protected]

*CLOSED MAY 23 THROUGH JULY 29 DUE TO CONSTRUCTION.*