This scholarship is made possible through gifts from George M. Korbel ('37), Winnifred Korbel and Dee Korbel in memory of Thomas Korbel '73.  Thomas was a political science student at Saint John's University.  George was an attorney in Breckenridge, Minnesota.

The­­­­­­­­­ Korbel Family Political Science Endowed Scholarship awards a scholarship to a SJU junior or sophomore political science major each spring. Selection is based on financial need and academic achievement. The recipients are selected by the members of the political science department.

Applications are typically due near the end of March.  Contact POLS department coordinator, Sheila Hellermann at [email protected] or stop by 1st floor of Simons Hall (Office #150) for more information.

The 2020 Recipient of the Korbel Family Political Science Endowed Scholarship is Caleb Jungling. 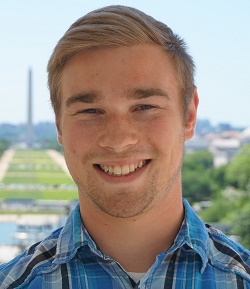 I am honored to be 2020’s Korbel Family Scholarship awardee. Thank you to the Korbel family for your commitment to higher education and support of SJU students. Besides being a Political Science major, I’m also majoring in Hispanic Studies and will graduate in 2022. Politics are my life. Since before I could vote I’ve been volunteering on campaigns and knocking doors. I’ve worked as a social media campaign manager for a 2018 Ramsey, Minn. Mayoral candidate, a head canvasser for a U.S. Congressman, a campus coordinator for a U.S. Senate candidate and volunteered on countless other local campaigns. My most recent experience landed me in our nation's capital. I spent the summer of 2019 interning for Representative Tom Emmer completing legislative research and constituent services. D.C. was one of the most fascinating experiences of my life. On top of my day-to-day duties, I got to attend briefings and interact with politicians from across the country including Kevin McCarthy, Steve Scalise, Alexandria Ocasio-Cortez, and a brief interaction with Nancy Pelosi. After graduation, I plan to pursue a master's degree in foreign policy and work for the Department of State. While there, I could use both politics and Spanish to help advocate and promote the image of the United States abroad.  Eventually, when the time presents itself, I would also like to run for office and climb the ladder as high as I’m able.

The 2019 Recipient of the Korbel Family Political Science Endowed Scholarship is George Doyle. 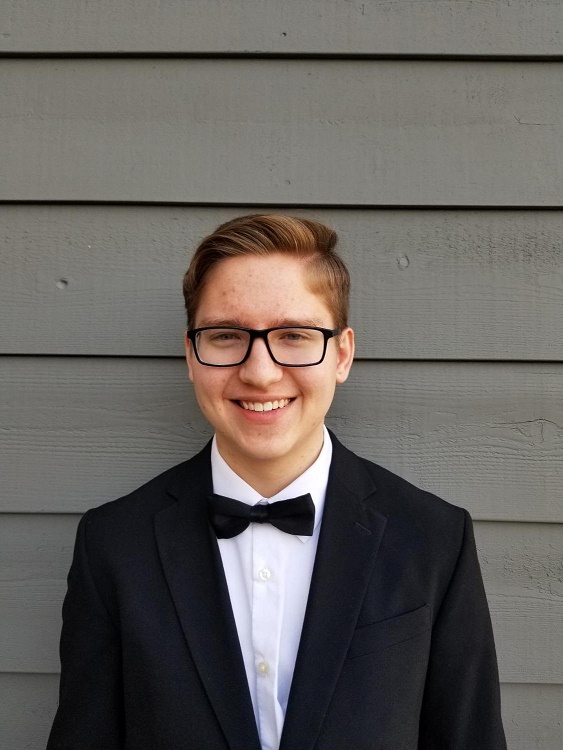 I am incredibly honored and grateful to be named as this year’s recipient of the Korbel Family Scholarship. I am a political science and theology double major with a music minor who will be graduating in May 2020. While at Saint John’s, music has been my largest commitment, as I play trumpet in the Wind Ensemble, Jazz Ensemble, Brass Choir, and Jazz Combo, as well as for musicals and for the SJU Student Mass, occasionally even for off-campus groups and events. I have also been involved with Magis Ministries’ Praise in the Pub as a sound technician and as a member of the SJU Knights of Columbus council. I recently had the opportunity to study abroad in Greece and Italy for a semester, and this experience was invaluable in helping me understand my own place in a changing world and in encouraging me to commit to service in making the world a better place for all of us. In the near future, I will be working as a counselor at the Youth in Theology and Ministry summer camp held at Saint John’s in order to help high school-age youth be more active in service and the search for social justice. After graduation, I hope to eventually earn a teaching position at a university where I can also continue with my own research.

The 2018 Recipient of the Korbel Family Political Science Endowed Scholarship is Gilles Mally. 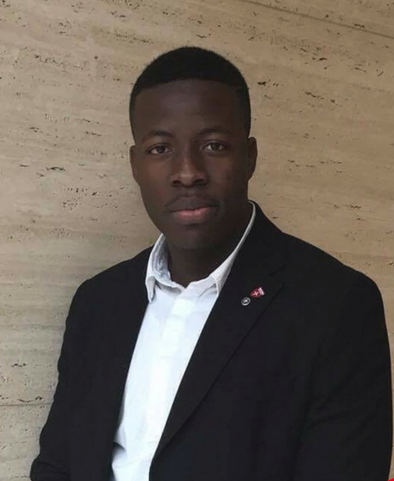 As a First-Gen student, I am honored to be recognized as this year's Korbel Scholarship recipient and to be part of this amazing cohort. I am a political science major with International Relations Focus and French minor who will be graduating in May 2019. During my time at Saint John's I was fortunate to study abroad in Cannes (France), serve as call center supervisor with Institutional Advancement. I was also part of the Black Student Association as where I hosted the College of Saint Benedict /Saint John's University 2017 African Night. I have been granted the opportunity by the McCarthy Center to attend the New York City Study tour, where I had the chance to meet several CSB/SJU alums. I have recently been awarded the Brandl Scholarship which will allow me to intern at the Mayor's Office at the City of Minneapolis. It's truly a blessing and honor to be this year's recipient of the Korbel Scholarship. After graduation, I plan on serving abroad for a year and coming back to chase my dream of working for the United Nations or a non-profit organization. I eventually plan on going to a graduate school to get my master's in International Relations. Thanks to the Korbel scholarship, for allowing me to continue chasing my dream and affect the lives of others in my community as well as in the world.

The 2017 Recipient of the Korbel Family Political Science Endowed Scholarship is Zack Eichten. 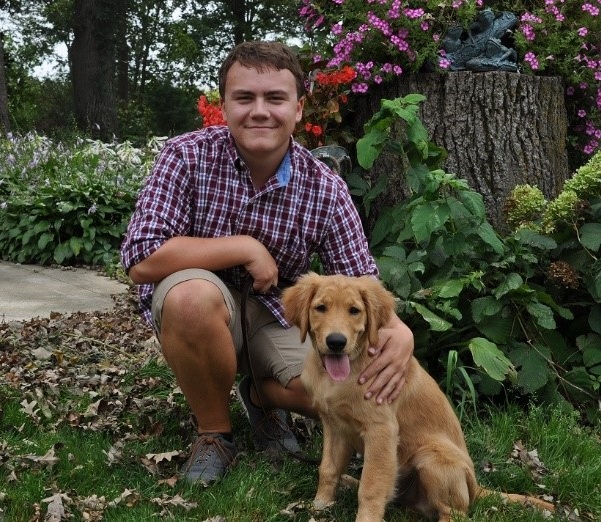 I am a political science and economics double major who will be graduating in May of 2018. At St. John’s I have had a fulfilling collegiate career, serving two terms of the St. John’s Senate, volunteering with Johnnie Bennie Campus News and the McCarthy Center, working at Student Accessibility Services as a Student Manager, and being a commissioner of a ping pong league, among others! Over the summer between my junior and senior year I have the opportunity to intern in Washington, D.C., where I will gain valuable experience working in government relations. After graduation, I plan on working in a government relations field in Minnesota, and eventually returning to school for my master’s in public policy. Thanks to the Korbel scholarship, I am able to be focused more on chasing those once-in-a-lifetime opportunities while I am still here at SJU.

The 2016 Recipient of the Korbel Family Political Science Endowed Scholarship is Charles Pults. 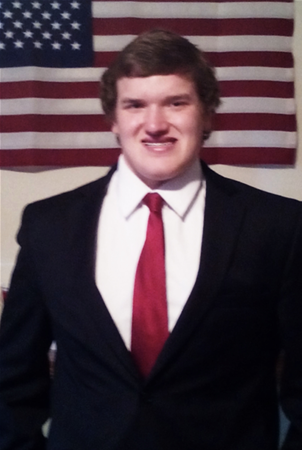 I am a political science and history double major who is on pace to graduate in May of 2017. During my time here at St. John's, I have been incredibly blessed with many wonderful and exciting opportunities. From spending time on the football field to the summer I spent working in Washington D.C., this school and the political science department have given me so much. I have served on the executive board of the College Democrats as treasurer and have just been elected to the St. John's Senate on the Activities and Allocations Board. After graduation, I plan to go to law school and fulfill my lifelong dream of becoming a lawyer and returning to Washington D.C. Ultimately, I would like to own my own law firm and perhaps run for elected office someday. Thanks to the Korbel scholarship I am now one step closer to fulfilling that dream.

The 2015 Recipient of the Korbel Family Political Science Endowed Scholarship was William Jude. 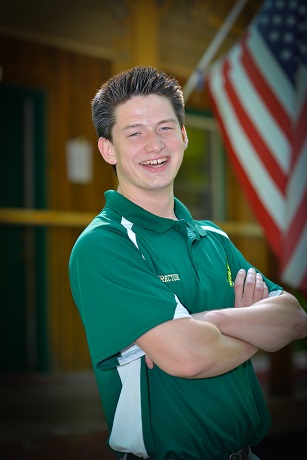 I am a Political Science and Communication double major, on track to graduate in May of 2016. I am grateful for the opportunity to study political science at St. John’s University. The professors in the department are eager to help students excel and succeed. They have challenged me to both grow in my intellectual curiosity and step out of my comfort zone. Over the past three years, I have been active in the campus community, serving as a senator on the St. John’s Senate, board member on the SJU Community Conduct and Standards Board, and as a Resident Assistant for one year. After I graduate, my long term plan is to pursue a JD, as well as sufficient courses at the master’s level in oratory and rhetoric, in order to fulfill my career goals. Ultimately, I would like to become a commentator on legal matters for a television station. However, before entering graduate school, I plan to gain experience in the field working either as a marketing research analyst, public relations specialist, or policy analyst.