Debate is open to students from all majors, including political science, economics and the natural sciences. We also welcome students have previous debate experience or are novices. Alums of our team have consistently testified that participating in Speech and Debate was one of the most worthwhile experiences in their college career. 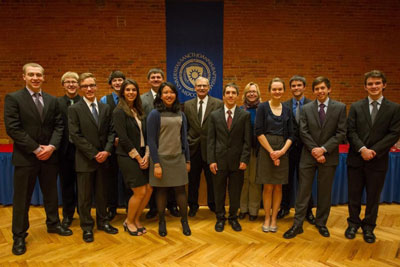 The 29th annual Minnesota State Intercollegiate Speech and Debate Championship Tournament was held on the CSB campus in February 2013. Thirteen of the best Minnesota college speech and debate teams were here for the two-day tournament. The CSB/SJU teams finished fourth in Debate Sweeps and over half of our debate teams (3 of 5 entered) advanced to elimination rounds. This was out of 30 teams who participated in this highly competitive tournament. 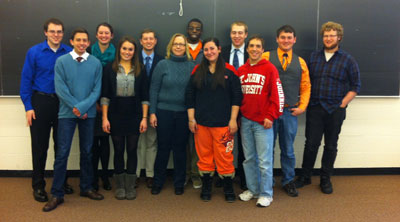