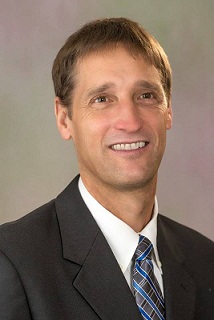 We will focus on two different ways in which questions of justice and injustice arise in the modern world: on matters of distribution; and on matters of recognition. We will also examine the ethical choices we face on in this respect as citizens, voters, consumers, and members of a community. If the market produces great inequalities of wealth and political power, should those inequalities be limited through redistributive taxation, or left alone? Do laws restricting certain market transactions between consenting parties (like prostitution and surrogate pregnancy) prevent injustice? Or do they worsen it? Should we ban and/or boycott goods produced by child labor in impoverished countries? These questions involve ethical choice with respect to economic distribution and the operations of the market, and we face them every time we vote, or debate about tax policy, or purchase clothing. They also involve arguments about whether and in what way justice requires recognition of someone’s ethnic, racial, sexual, religious, or national identity. Advocates of same-sex marriage rights, for example, do not seek a redistribution of wealth but instead changes in the way their fellow citizens talk about, think about, and publicly recognize same-sex relationships. When Muslim women and girls wear veils or head scarves in public places, is this an affirmation of religious freedom and cultural heritage, or a badge of women’s oppression? Does celebrating one’s own ethnic or national identify necessarily involve denigrating or ignoring the identity of another group or nation? Identity politics can become especially fierce when each group perceives the other’s identity as a threat to its own. Arguments against child labor, for example, target not only low wages and poverty, but also the harmful ways in which the practice damages a developing child’s sense of personal identity and social status. Whether employers offer an employee’s same-sex partner the same health care and retirement benefits that it offers other married employees involves questions of both distribution and recognition. Prerequisite: 221, equivalent, or consent of instructor.

Doorstep Democracy: Face to Face Politics in the Heartland. University of Minnesota Press, 2008.

"Bridging the Communal Abyss: Risk-Assuming Leadership and Democratic Settlements." With Ian Shapiro. Forthcoming in volume on democratic leadership edited by John Kane and Haig Patapan, to be published by Oxford University Press.

"Bridging the Communal Abyss: Risk-Assuming Leadership and Democratic Settlements." With Ian Shapiro. To be translated into Norwegian, forthcoming in a volume on Democracy, Regimes, and Power, edited by Knut Heidar and Dag Harald, to be published by Universitetsforlaget, a leading academic press in Norway.

Review of George Anastaplo, Reflections on Slavery and the Constitution. Forthcoming in Review of Politics, Vol. 75, No. 3 (2013).

"The Only True Sovereign of a Free People? Lincoln and Majority Rule." Presented to Lecture Series, "The Past, the Present, and the Future of the American Founding," Utah State University, April 15, 2013.

"The Only True Sovereign of a Free People? Lincoln and Majority Rule." To be presented to the 2013 American Political Science Association, Chicago, Aug. 29-Sept. 1.