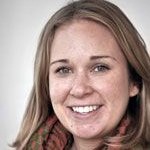 Mary Uran ('06) & Master of Public Health Nutrition, University of Minnesota, currently Executive Director and Co-Founder, Girls on the Run Twin Cities. Immediately after graduating from St Bens, she moved to Washington D.C. to work for the National Association of Attorneys General. She first worked as a paralegal on the Tobacco Master Settlement Agreement, and then upon deciding to forego law school, moved to serve as coordinator of the National Attorneys General Training & Research Institute. In 2010, she returned to Minnesota to pursue her Masters in Public Health Nutrition at the University of Minnesota. While in graduate school, she worked for the Network for Public Health Law and create a local non-profit, Girls on the Run Twin Cities. Girls on the Run empowers girls to be joyful, healthy and confident using an experience-based curriculum that creatively integrates running. 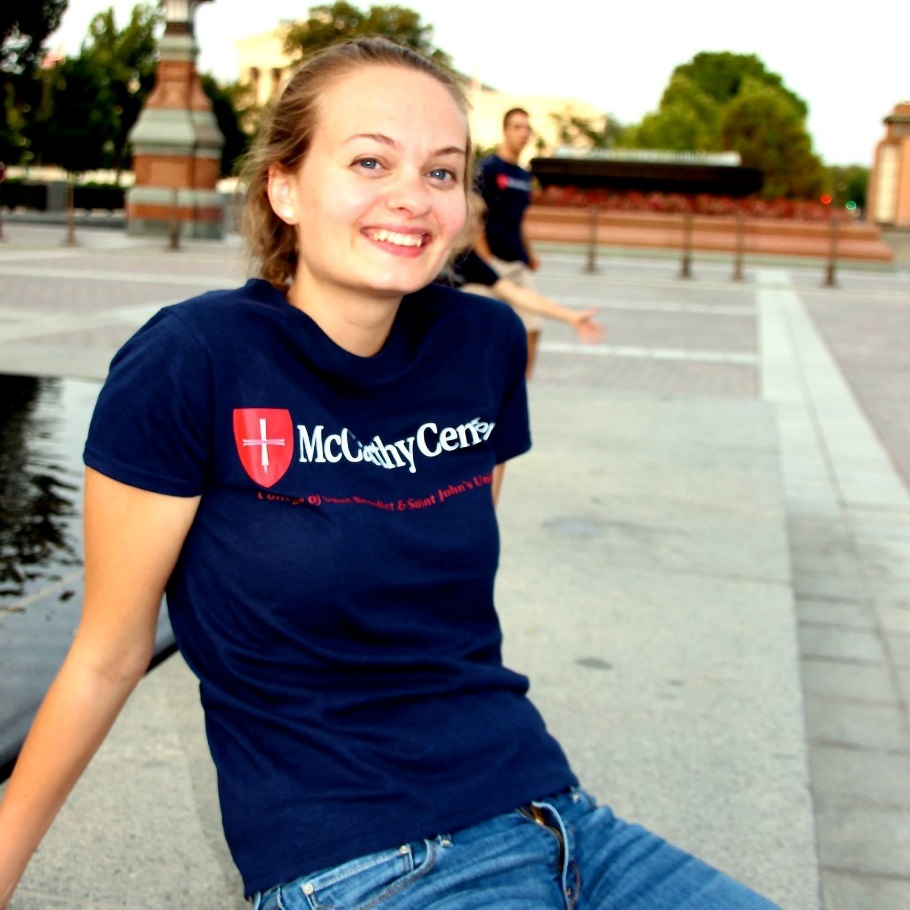 Erin Kelso '15 Spent the summer after graduation in Dhaka, Bangladesh studying the Bangla language through the U.S. Department of State's Critical Languages Scholarship program. After 8 weeks in Bangladesh, she moved to Chicago, IL where she spent a year living at St. Scholastica Monastery and teaching ESL in the Chicago area as part of the Benedictine Women's Service Corps. Erin just finished her MA in South Asian Studies at the University of Heidelberg in Germany. In April, she will be starting her PhD in Anthropology at the Freie Universität in Berlin, where she will be researching the role of religious minority women in populist movements in Pakistan.

Katie Spoden '14  After graduating in 2014, she served in St. Joe as an Americorps VISTA member, working with organizations across central MN to increase access to healthy, locally grown food – primarily focusing on helping farmers’ markets accept SNAP/EBT. She was on the Board of Directors for the St. Joe Farmers’ Market and the Central MN Chapter of the Sustainable Farming Association, while also working weekends at the Minnesota Street Market – St. Joe’s Food and Art Co-op. In 2016, Katie moved to the Chicago suburbs, where she learned about a graduate program for AmeriCorps and Peace Corps alumni at the Adlai Stevenson Center for Community and Economic Development located at Illinois State University. This graduate program is dedicated to applied learning and public service, and in August of 2019 she received an M.S. in Community and Economic Development. In her second year of grad school, she was a fellow with the Alliance to End Homelessness in Suburban Cook County. The Alliance is a HUD-designated non-profit tasked with leading a cross-sector coalition of partners to end and prevent homelessness across the suburban Chicago region - a region that includes 131 suburbs and is home to 2.5 million people. After her fellowship, Katie was hired to stay on as the Advocacy and Development Coordinator. She currently leads the local/state/federal budget and legislative advocacy and the resource development efforts to transition people from homelessness into safe, stable, healthy homes.

Carol Larkin ’14  Graduated in 2014, and currently has been working with United Friends of the Children for over 3 years. Presently, she manages the organization's outreach and recruitment efforts for their education program. They are the largest foster youth serving organization in Los Angeles County and it's been fulfilling for her to work to change the outcomes for foster youth in the county. Carol’s political science education has been especially beneficial when working with partners such as DCFS and LAUSD and needing to interpret the laws that affect foster youth and how to change/add new laws when there is a gap in protection for this special population.