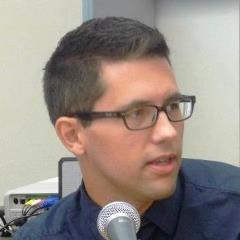 Dr. Shawn Schulenberg (SJU '02) is currently an Associate Professor of Political Science and Director of Graduate Studies of Political Science and Sexuality Studies at Marshall University. He also served Track Chair of the Politics and Sexualities Track in the Latin American Studies Association. He completed his B.A. in political science at CSB/SJU in 2002 and his M.A. (2004) and Ph.D. (2010), also in political science, from the University of California, Riverside.  Dr. Schulenberg's research agenda looks at issues related to sexuality and LGBT politics in Latin America, with a focus on the counties of Argentina, Brazil, Chile, and Panama. He has published in the Journal of Human Rights (2012) and New Political Science (2013) as well as served as a co-editor and contributor to Same-Sex Marriage in the Americas (2010, Lexington Books) and Same-Sex Partnership Recognition in Latin America (2013, Lexington Books).

Kathrine Tillman (CSB '15) After graduating in 2015, she moved to Turkey for a summer job…and 6 years later she is still there! Katherine teaches 3rd and 4th grade English at an IB school in Istanbul. Since beginning her teaching career she has completed course work to earn her CELTA certificate in teaching English and recently obtained her Middle School (English) teaching license in Washington, DC.

Diana Elhard (CSB '16). Diana is currently in her second year as a PhD student in political science at Northwestern University. She is currently focused on two different projects: one on the efficacy of international climate finance, in particular the United Nation Framework Convention on Climate Change's Green Climate Fund, and the second on how the Anthropocene is potentially changing the meaning and practice of sovereignty for small island states.