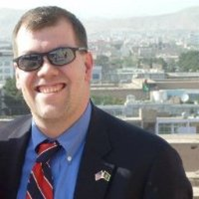 Timothy Enright (SJU '99) was a Peace Corps Volunteer in Kazakhstan from 1999-2001, graduated from Johns Hopkins SAIS with a Master's degree in 2004 and his experiences include work at a democracy non-profit, in the Office of the Secretary of Defense and for consulting firm Booz Allen Hamilton. He joined the Foreign Service in 2005.  He is currently a Foreign Affairs Officer at U.S. Department of State. He has served in Baghdad and Moscow at U.S. Embassies as a State Department Watch Officer and as a Political Officer at the US Consulate in Dubai and Herat, Afghanistan. 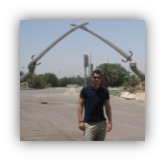 Jeff Morency (SJU '05) is an Arabic Linguist and Middle East Specialist. Jeff spent more than a year deployed to Iraq as a contract linguist with the US Military. Following his graduation from SJU, he learned Arabic through intensive study and travel throughout the Middle East, including Israel, Palestine, Syria, Lebanon, Jordan, Yemen, Egypt and Turkey. Jeff broke into the field of translation while completing an MA ('09) in Arab Studies at Georgetown University. He is fluent in Arabic and learned French and Farsi.  He worked in the West Bank with the Palestinian Human Rights Monitoring Group.