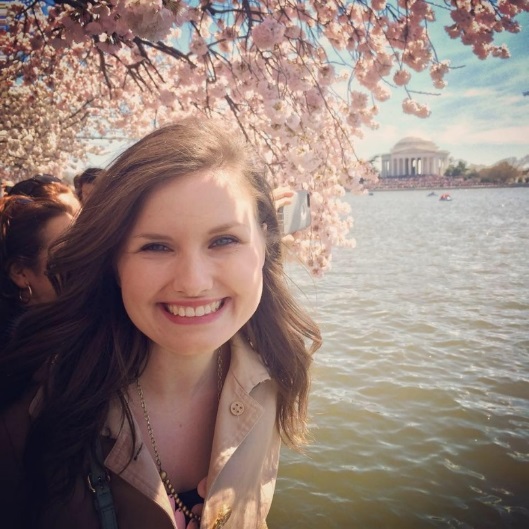 Lauren (Currie) Billman '14   She currently works as a Legislative Aide for a western Republican Congressman in the United States House of Representatives. She handles the Congressman's foreign affairs, veterans' affairs, housing, and small business portfolios. In this position, she has the opportunity to track and research different pieces of legislation as well as advise the member on related issues. Lauren previously served as a Staff Assistant and Legislative Correspondent in the same office. 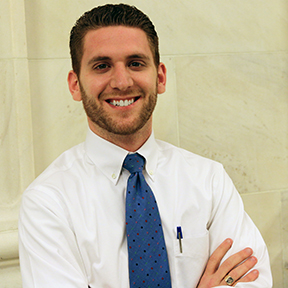 Bill Jaffee '13  Through the network I built during internships in Washington and Minneapolis, I got my first job at a PR firm on K Street. At about the same time, I started a master's program at The George Washington University (finished the program May 2015). About a year later, I learned of an opening in a Senate office and submitted my resume for consideration. I started working for Senator Pat Toomey (R-Pa.) as Press Assistant in August 2014, and was recently promoted to Deputy Press Secretary. In this capacity, I field incoming press requests for comments and interviews, manage our social media pages, and write press releases and weekly newsletters, among other things. 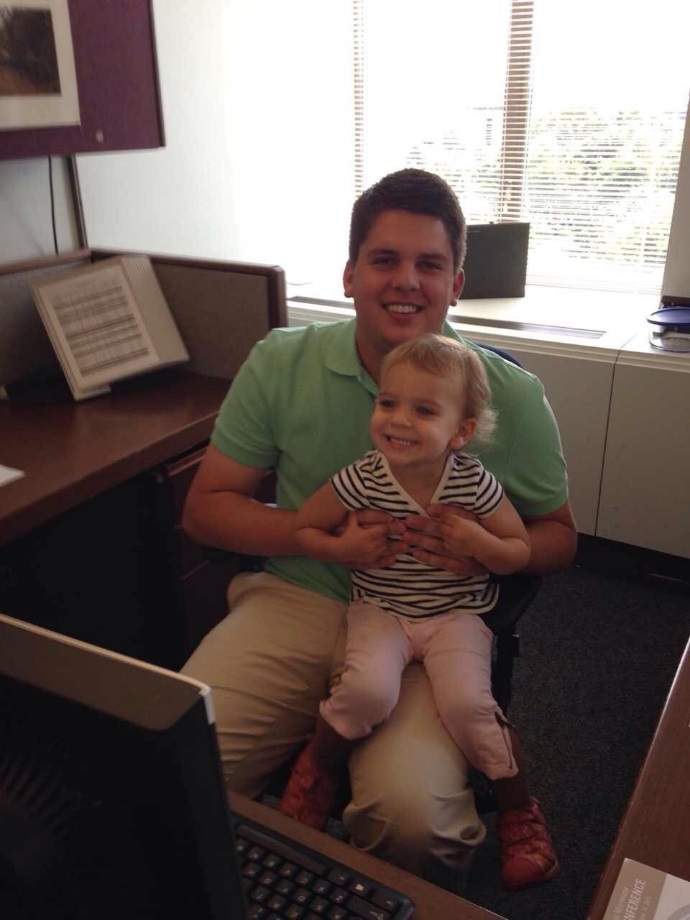 Ethan Hellier '14 He is currently working as a Committee Legislative Assistant for the Education Innovation Policy Committee and the Ethics Committee at the Minnesota House of Representatives. His members are Rep. Sondra Erickson and Rep. Anna Wills.

Peter Meyer '06, Congressional Research Service Analyst.  Peter Meyer is a Western Hemisphere Policy Analyst at the CRS, a legislative branch agency dedicated to providing nonpartisan research and policy analysis to Members of Congress. At CRS, Peter was previously responsible for analyzing political, economic, and social trends in a number of Latin American nations, and how those trends affect the interests of the United States (now his focus is Western Hemisphere Policy). He graduated summa cum laude from SJU in 2006 with a B.A. in Political Science and Spanish. He received his masters in Latin American Studies from the University of New Mexico in 2008. Luke Newgaard '15, Staff Assistant, Republican Study Committee  He studied Political Science and Hispanic Studies while at Saint John's and Saint Ben's. Luke participated in the Spring Spain Study Abroad program where he was immersed in Spanish and took a courses on European history and the EU. The summer following his junior year, he interned at David Turch and Associates, in Washington, DC. Three days after commencement, he got in the car and returned to DC. Luke interned for Congressman Tom Emmer (MN-06) for a summer before he started as the Staff Assistant for the Republican Study Committee. He works out of Congressman Bill Flores' personal office.

Kyle Smith '16. After graduation he worked on several campaigns with the DFL party, as well as a few different positions with labor unions. He is currently a Committee Legislative Assistant with the MN House of Representatives and works with Rep. Mike Sundin and Rep. Dan Wolgamott.

Joseph Petrzelka '12. Graduated in 2012 and has lived in Washington, DC since 2013. He currently works in the Senate, after working previously in his career with the Obama Administration and the Senate. Joseph is also enrolled in the McCourt School of Public Policy at Georgetown University, and expects to graduate from the Master’s program (focused in environmental and climate policy) in Spring 2022.

Leah Carey ‘17. After graduation, Leah moved out to Washington D.C. She interned briefly in a MN focused lobby firm called Lockridge Grindal Nauen, before getting hired on with former Congressman Rick Nolan (MN-08) as his scheduler and office manager. When Congressman Nolan retired, she transitioned to work for Congresswoman Norma Torres (CA-35) in the same role. While her work is a little different during COVID-19, she keeps herself busy coordinating Congresswoman Torres’ day to day and long term schedule as well as overseeing the upkeep of her Washington D.C. Office.

Yemi Fadahunsi ’18. After graduating from CSB/SJU, Yemi moved to Taiwan where she taught English through the Fulbright Program for one year. When she returned to Minnesota, Yemi worked for the City of Minneapolis in the Sustainability Division as a Policy Aide, where she assisted with various department projects and community groups. In the summer of 2020, she joined the Sen. Tina Smith re-election campaign as the African Diaspora Political Organizer. On campaign she got to work alongside some other amazing Bennies and Johnnies! Currently, she just began a role as the Equity, Diversity, and Inclusion Outreach Director in the Minnesota office of Senator Tina Smith. She is super excited for this new role and thankful to all POLS professors who've supported her since graduation.

Jenna Maus ‘15. After graduation, Jenna spent a summer in Bosnia and Herzegovina with the CSB/SJU Global Internship program and following that spent 10 months in Malaysia as a Fulbright English Teaching Assistant. Currently, she works for the Minnesota House of Representatives as a Committee Legislative Assistant on the Higher Education Committee.