My introduction to philosophy came during freshman year in college.  This was in the late 1960s at the height of the anti-war, civil rights, and women’s movements when cultural lines were being sharply drawn and political passions inflamed.   I was a first-generation college student (in fact, I was the first person in my family to graduate from high school) and the available options seemed very narrow: either conform to traditional authorities and accept the status quo, join the passionate and revolutionary protestors, or simply (in the words of the time) “tune in, turn on, and drop out.”   It was against this background that my first philosophy course introduced me to Socrates, who seemed to be speaking directly to me and my generation.  The “gadfly” should question authority and the status quo, but should neither drop out nor allow the passion to rule.  I heard Socrates telling me that the unexamined life, a life in which we give in to authority, passion, or narrow selfishness, is not worth living.  Instead, the philosopher’s life –what Socrates thinks is the only life worth living for humans—should be spent in the rational pursuit of justice and virtue.   I could never have imagined that an old Greek philosopher who had been dead for 2000 years would have so much to teach a 19 year old American college kid.

Coming from a family with little formal education, I always thought that teaching was among the highest callings one could pursue.  I entered college with plans to become a high school history teacher, but once philosophy came on the scene, that plan faded.   Becoming a philosophy teacher is not the sort of career path that anyone really plans on, but through lots of luck and just plain serendipity, I have fallen into the best career I could ever imagine: I get to teach philosophy and introduce young people to the wisdom of some of the most intelligent human beings who have ever lived.

I grew up in the New England side of Connecticut and attended a local state college.  After completing graduate degrees at Notre Dame, I spent the first eleven years of my career on the faculty at Villanova. When my wife’s career presented us with an opportunity in Minnesota, I was fortunate (serendipity again!) to find that CSB/SJU had a job opening in exactly my fields and, with more luck, I was hired into the philosophy department in 1990.  Other than an eight year hiatus in academic administration (and 3 semesters directing the London study abroad program!), I have been teaching philosophy here ever since. 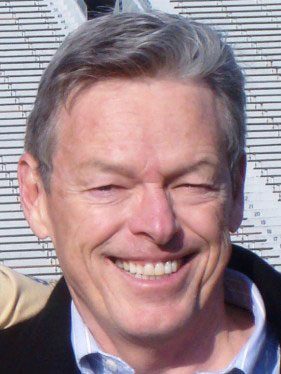