As one of old said, “Wonder is the feeling of the philosopher, and philosophy begins in wonder.” So long as the wondering mind and the wonderful universe continue to confront each other, there will always remain some of the best reasons for doing philosophy: necessity.

Why Study Philosophy at CSB+SJU?

Dewey says philosophy is necessary, and maybe it is; people operate on philosophical assumptions all the time when they claim that stealing is wrong, or that they know they’re sitting in a chair. But why should you study it in college?

Life as a Philosophy Major

Class of ’22 seniors John Cerritelli and Jonathan Trude reflect on the study of philosophy.

This podcast asks: What IS philosophy, anyway? What’s the value of philosophy?

This Story May Save Your Soul

Part of the Grand Illuminations Series Philosophy majors are equipped for careers in all kinds of fields. 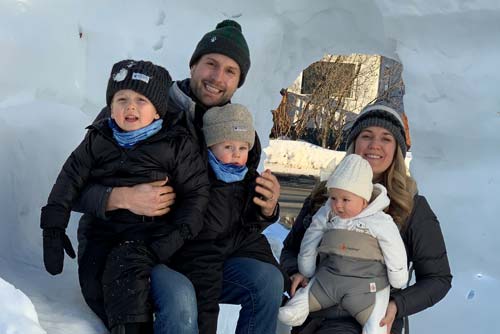 Our alums speak about careers, lives and philosophy. 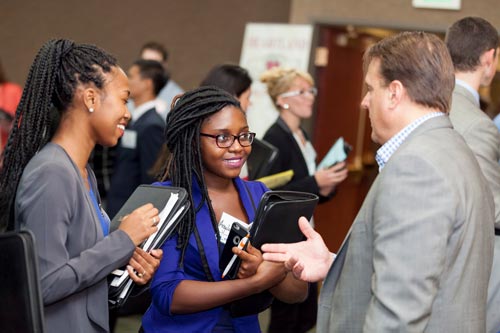 Our graduates are finding success just one year after graduation.

About the photo above:

A “tableau vivant,” French for “living picture,” recreates a famous scene or painting. The CSB/SJU Philosophy Department set its sights on bringing to life Raphael’s famous fresco, The School of Athens. Over forty students, professors, staff, and administrators came together to recreate the scene in the College of St. Benedict’s Gathering Place. The frugal production budget called for some ingenuity. A baseball batting helmet and catcher’s chest protector were transformed in a soldier’s bronze helmet and breastplate. Polar fleece rescued from fabric store remnant piles became ancient robes. Halloween wigs and beards did their duty. On a Friday afternoon, two philosophy professors became Plato and Aristotle, a college president became Hypatia, and a provost became Diogenes. Everyone became somebody for posterity, and a good time was had by all.