Nonviolence and the Struggle for Interracial Justice, Then and Now. 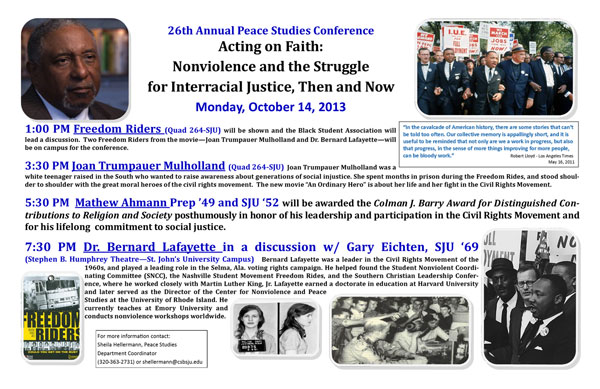 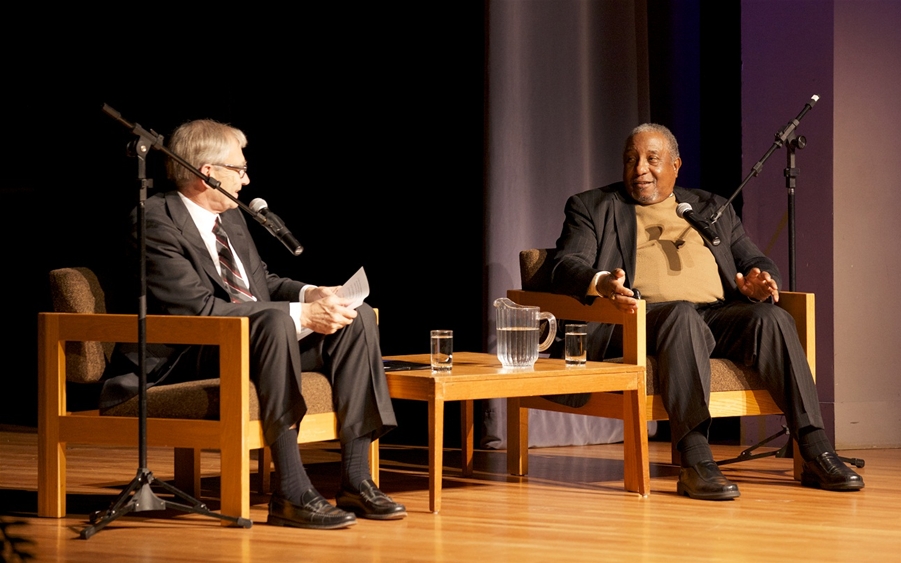 When he was 20, Lafayette was enrolled as an undergraduate at American Baptist Theological Seminary in Nashville, Tenn. He helped found the Student Nonviolent Coordinating Committee (SNCC) in 1960.

A veteran of the Nashville sit-ins, Lafayette had already staged a successful impromptu Freedom Ride when in 1959, while traveling home for Christmas break, he and fellow student activist John Lewis  decided to exercise their rights as interstate passengers by sitting in the front of a bus from Nashville to Birmingham, Ala. As part of the May 17 Nashville Student Movement Ride, Lafayette endured jail time in Birmingham, riots and fire bombings in Montgomery, Ala., an arrest in Jackson, Miss. and jail time at Parchman State Prison Farm during June 1961.

He took on leadership as the National Program Administrator for the Southern Christian Leadership Conference where he worked closely with King. Lafayette earned a doctorate in education from Harvard University and later served as the director of the Center for Nonviolence and Peace Studies and the University of Rhode Island.

Mathew Ahmann, a 1949 graduate of Saint John's Preparatory School and a 1952SJU graduate, was awarded posthumously the Colman J. Barry Award for Distinguished Contributions to Religion and Society by Saint John's University in honor of his leadership and participation in the Civil Rights Movement and for his lifelong commitment to social justice.

A native of St. Cloud, Minn., Ahmann organized the National Conference on Religion and Race in 1963. His success in leading this conference led to his appointment as one of the 10 chairmen for the March on Washington for Jobs and Freedom on Aug. 28, 1963. Ahmann gave a speech during the March on Washington just minutes before the Rev. Martin Luther King, Jr. gave his famous "I have a dream" address. He may be one of the least known but most important figures in the history of Catholic support for the Civil Rights Movement in the 1960s. Ahmann died in 2001. 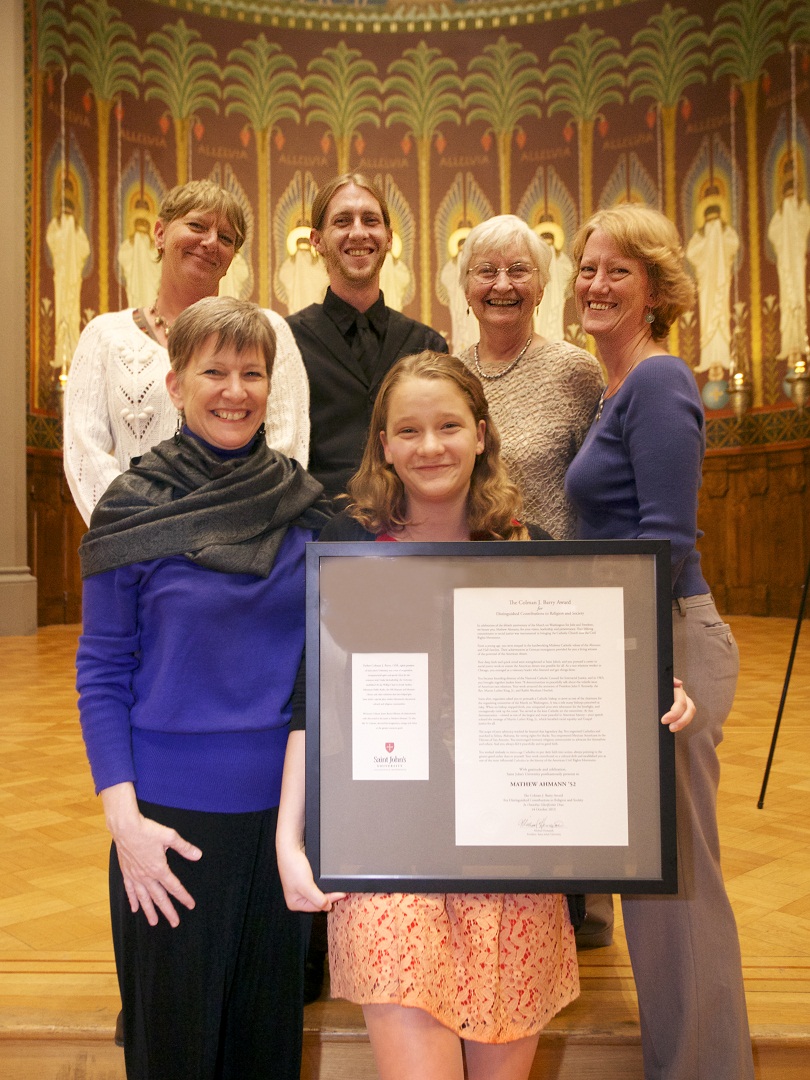