The Pines of Saint John's

Most of the pines and conifers you see at Saint John’s today were planted by the early Benedictines. On June 27, 1894 a tornado tore across Lake Sagatagan leveling several buildings and a forest area where the prep school now stands. Fr. Adrian Schmitt, a descendant of foresters from the Black Forest in Baden, Germany, wrote to his forester father and brothers who then sent him conifer seeds by sailing ship. Fr. Adrian established a nursery of thousands of seedlings by Stumpf Lake. The first seedlings – red pine, Scots pine, and Norway spruce – were planted beginning in 1896 on 10 acres near today’s prep school and on what is now known as the Pine Knob. More plantings were completed in 1906, 1911, 1920, 1927, and throughout the 1930s. The trees grown from Fr. Adrian Schmitt’s seedlings are believed to be the oldest documented reforest planting in Minnesota. Many of the pines now bordering I-94, the Old Entrance Road, and the area around Stella Maris Chapel were planted in 1926-27 by Br. Ansgar Niess. The conifers grew fast and reminded the Benedictines of their homeland in Bavaria and Austria. One hundred years later, these pines are an iconic and familiar part of the Saint John’s landscape. 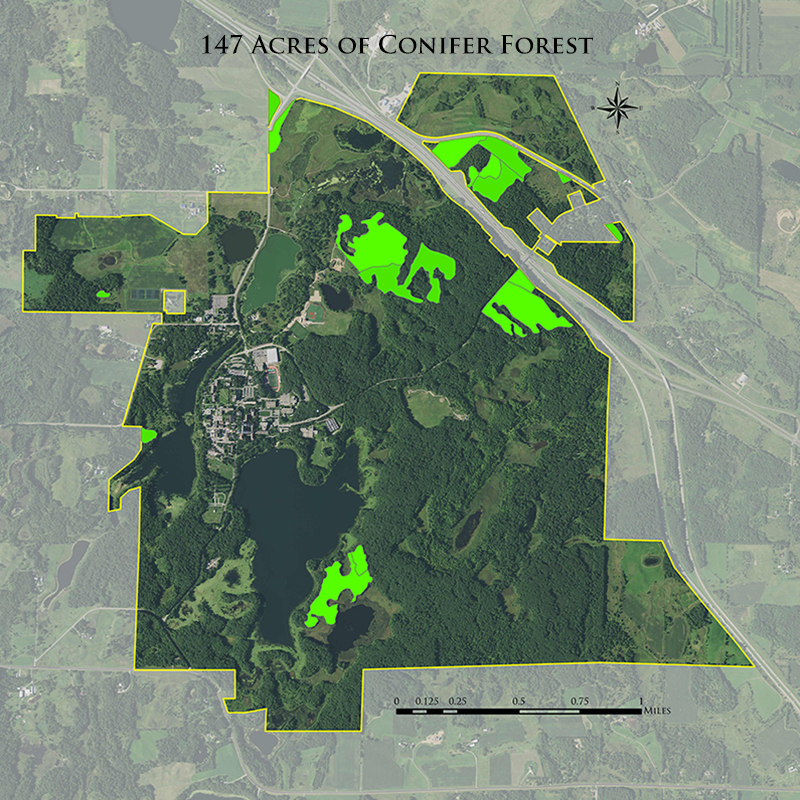