The recent popularity in low carb diets has introduced the terms "net carbs" and "impact carbs" to the general public. There is no legal definition for these terms. The promoters of low carb diets have proposed that certain types of carbohydrates in food are either not absorbed, such as fiber, or do not have an impact on blood glucose levels; therefore, they do not feel the need to count those carbs.

Their theory is an increase in blood glucose triggers an insulin response, and insulin stops the mobilization of stored fats for metabolism and promotes fuel storage. These effects are contrary to the goals of the low carb dieter. There is wide variation in the definitions of “net carbs” that have been proposed. Some sources subtract fiber from total carbohydrate to calculate “net carbs,” while others subtract fiber and sugar alcohols, and others include low glycemic index sugars in the carbohydrate subtracted. For example, the "net carbs" could result in a fraction of a gram when the total carb content was 27 grams. The actual effect of these low "net carb" foods on blood glucose levels has not been reported.

This study compared three low carb foods [pasta, bread, and cookie] to three regular [non-low carb] foods to assess their impact on blood glucose levels. The procedure was repeated with the addition of a fat or fat/protein source to the “carb” meal to determine how fat influenced the glycemic response.

Three female students ages 20-22 participated as part of a Nutrition 331 lab experiment. Each group consumed 30-40 grams of total carbohydrate from a different low net carb food. A OneTouch Ultra glucometer was used to test blood glucose levels at baseline, every 15 minutes for the first hour after consumption and every 20 minutes for the following hour for a total of 8 tests per subject. The test was then repeated using a similar amount of carbohydrate from a regular [non-low carb] food. Products were compared for effects on blood glucose, price and taste. 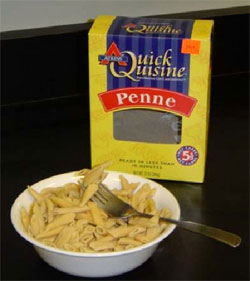 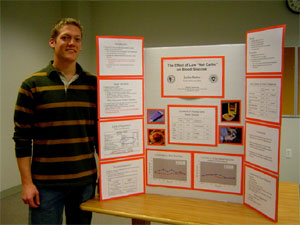