Historical economists have analyzed the economic profitability of slavery, but few studies have focused on the slave diet and its nutritional adequacy. Previous studies have calculated the diet on cotton plantations using the USDA disappearance method and analyzed it in its raw state.

This study looked at agriculture census data of 1860 from rice plantations in Georgia and South Carolina that was analyzed to generate a hypothesized slave diet. This proposed diet was based on food availability and analyzed for nutritional adequacy for an adult male slave, and was also adjusted for inedible waste.

The diet resulted in an assumed intake of 3,162 calories as analyzed in its raw state. Depending on the season, the slave expended 4,400-8,700 calories. This diet provided 11.2% calories from protein (89g), 63.3% calories from carbohydrate, and 25.5% calories from fat—but when this is adjusted to an edible portion (excluding peels, bones, milling losses), the intake is reduced to 2,856 calories. In addition, nutrient losses due to cooking and storage were considered.

This study showed that adult male slaves on rice plantations received lower than recommended levels of nutrition; the diet was low in calories and some nutrients, increasing the likelihood of nutritional deficiencies. 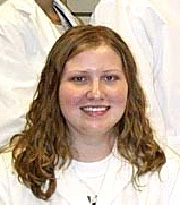 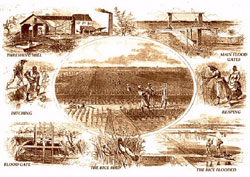