Still, Truman’s proposal inspired Doze, a junior at the College of Saint Benedict.

Now, with the aid of an award named after the 33rd President of the United States, Doze will be able to work at the intersection of climate change and health.

Doze, a native of Grand Forks, North Dakota who is a biochemistry and German double-major at CSB, was named a 2020 Truman Scholar April 15.

The goal is to inspire and support Americans from diverse backgrounds and across the country to public service.

Doze is the first biochemistry or German major to win the award from CSB/SJU, according to Phil Kronebusch, professor of political science and coordinator of competitive fellowships at CSB and SJU.

Bringing issues to the table

“The problems that (Truman) addressed in his National Health Care Plan, such as the lack of trained medical professionals in various communities and the need for increased public health services, continue to be issues today,” Doze said in an email interview. “Bringing ideas to the table and starting the national debate around health care brought the issues to people’s attention, which inspires me, especially because we see that continuing the climate debate will lead to policy changes in the way the health care debate has.”

“I appreciate how he was able to relate to different groups of people - especially in policy,” Doze said. “It is important to make sure different viewpoints and concerns are heard and addressed. Especially when working with health and environmental policy, two controversial issues, solutions can only occur when people work across the aisle and compromise.”

There have been just over 3,200 Truman Scholars since the first awards in 1977. Prominent Truman Scholars include Supreme Court Associate Justice Neil Gorsuch (1987) and New York City Mayor Bill de Blasio (1981).

Doze is currently planning to apply to Johns Hopkins University for its Master of Health Science in Environmental Health (MHS) or to a similar program that combines public health and environmental health policy.

“This would allow me to focus my studies in human toxicology, pathophysiology and risk assessment, which utilizes environmental chemistry and biology, as well as toxicology data, and use this research to develop and influence policy,” Doze said. “Additionally, this graduate program provides the opportunity to take coursework towards a Certificate in Risk Sciences and Public Policy, which combines courses in risk assessment methods and policy with multiple public health issues.

“The program would help prepare me to work in policy and have the skills to conduct research at the climate-health intersection while applying this research to policymaking,” she said. 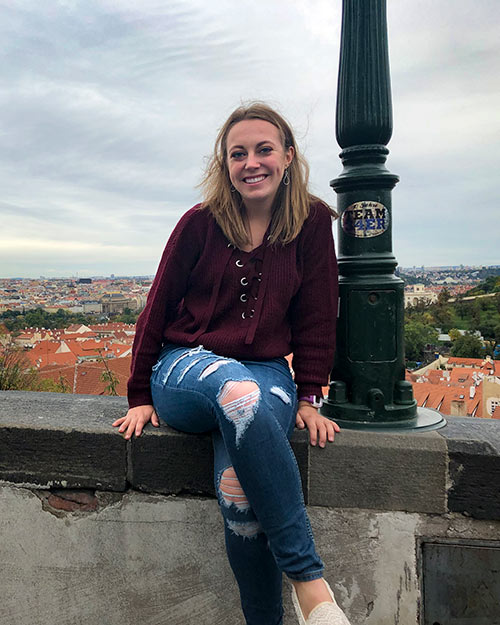 Doze exemplifies the spirit of the liberal arts

CSB President Mary Dana Hinton has no doubt Doze will change the world.

“Valerie is an exceptional young woman whom I have had the opportunity to get to know well during her time at CSB,” Hinton said. “Her passion and intellect are a wonderful reflection of the type of students who are nominated for the Truman Scholarship.

“One of the things that consistently impresses me about Valerie is the way she exemplifies the spirit of the liberal arts. The variety of her passions and interests – from languages to science to international relations – and the drive with which she pursues them, are unparalleled,” Hinton added.

“While I think Notre Dame would have definitely offered me an amazing and rigorous education, as well, I think it would've been harder to receive the mentoring in my underclassman years at the school because of the size of the courses,” Doze said.

“Many of the opportunities I had to explore policy came because I had professors during my first and second years at CSB who became mentors after getting to know me from class and when I would visit them to ask questions,” Doze said. “It helped that all of my introductory courses had only 20-30 students because professors could take the time to meet with students and get to know every student in their class.

“Because of the larger introductory courses at Notre Dame, I think it would've been harder to find those mentors early on, which would have made it more difficult to learn about and be encouraged to apply for different experiences that ultimately provided me with the background to apply for and receive the Truman,” Doze said.

“She was able to use the Truman for graduate studies in migration and public policy, which also inspired me because of my interest in incorporating refugee work into my career,” Doze said.

From there, Doze shared her interest in combining science and policy in her career with Kronebusch and Lindsey Gutsch, program coordinator for Undergraduate Research, Competitive Fellowships and First-Year Experience at CSB and SJU.

However, it was not until Dr. Christi Siver, professor of political science who co-led the 2019 Washington, D.C. Summer Study Program that Doze participated in, recommended that Doze become an applicant. (Incidentally, she served as an international affairs intern at AHRI, a trade association representing heating and cooling companies, working on global performance standards, certification programs and industry information including trade and tariff issues with U.S. and international agencies and foreign embassies.)

“By this time, I knew that I wanted to attend graduate school, and the Truman Foundation’s commitment to Scholars being ‘change agents’ applied to the work I want to do,” Doze said.

“The scholarship funds any type of graduate program, so I knew I could use it to pursue more education at the intersection of policy, climate change and public health; the Foundation does a great job of allowing students to articulate how they will be change agents and why the problems they want to address are important, so I could use the application to explain why we need to fill the gap between science and policy and what that would look like in my career,” Doze said.

CSB senior Brigid Mark, who was a finalist for the Truman award in 2019, also played a factor.

“It was great to speak to someone who had been in my position a year ago and be able to ask Brigid questions as I prepped for the interview, especially since we are friends and she continues to inspire me with her dedication to climate justice and enacting,” Doze said.

Her long-term goal is to work at the intersection of climate change and health with a position such as an environmental health scientist and policymaker.

“Ideally, my career could consist of using science and public health research skills to develop projects to assess environmental health issues through collaboration with other health and government agencies,” Doze said. “I would love to work with German/Austrian institutions  … in order to develop stronger policy and research in all participating countries. One thing we have learned from the COVID-19 pandemic is that cooperation is a must if we are to address global issues.

“I also hope to influence policy that impacts public health campaigns and communicates the climate-health link. As a citizen-scientist, I see the increased growth that stems from knowledge-sharing about two issues – climate and health – where we cannot waste time not cooperating. The COVID-19 pandemic is just one example of how we need to address public health issues with science-based policy,” Doze said.

Valerie sends her thanks to ... 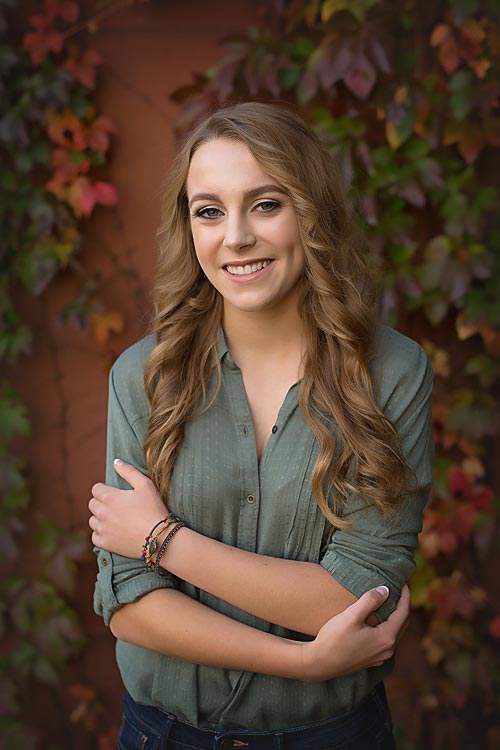 Valerie Doze wished to thank several of her professors and others at the College of Saint Benedict and Saint John’s University in helping her earn a 2020 Truman Award, in addition to those mentioned in the story at left.

“I’d like to thank the three (people) who wrote my (Truman) letters of recommendation: Henry Jakubowski (professor of chemistry), Corrie Grosse (assistant professor of environmental studies) and Pia Lopez (who was the co-director of Doze’s Austria study abroad program in fall 2019),” Doze said.

“I’d like to thank them for all the work they’ve done to mentor me. They supported me and gave me great feedback,” Doze said.