Angela Klaverkamp, Ted Kain and the student employees of the College of Saint Benedict/Saint John's University Bookstore have been named Student Employees/Team of the Year at CSB and SJU.

The winners were announced at a reception Thursday, April 12, at the Alumni Lounge, SJU. The event was held in observance of National Student Employee Appreciation Week April 8-14. The winners received an engraved plaque. 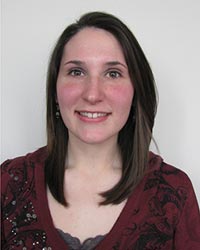 Klaverkamp, a senior communication major from St. Cloud, Minn., worked for four years as a music and office assistant with the St. John's Boys Choir. As an office assistant, she contacted prospective new members; helped acquaint new staff members to the position; made travel arrangements for the choir; updated donor and audience databases; and organized the choir's extensive music library. As a music assistant, she gave private recorder lessons to younger students, and served as a choreographer for two recent productions.

"Angi is a fine example of how someone can incorporate their life experiences into their job to better carry out their responsibilities," said Andre Heywood, director of the St. John's Boys Choir and Klaverkamp's supervisor. "It has been a treat to watch her grow as a leader. The young first-year student who was at first worried about taking on new responsibilities blossomed into someone who willingly accepts new challenges and seeks new opportunities for personal growth." 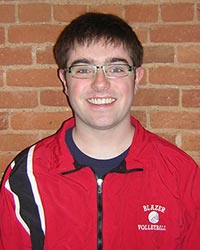 Kain, a senior communication major from St. Cloud, Minn., has worked in the CSB Athletic Media Relations office since the summer of 2008. He assists in the publication of CSB game day magazines; prepares game day notes for home basketball games; tracks game statistics for live webcasts; reports scores to various media, league and national outlets; writes and posts articles on the CSB athletic website; and updates and maintains data on the website.

"Student employment for Ted has been a growing experience and it has helped shape who he is throughout his education at Saint John's," wrote Mike Durbin, CSB athletic media relations director and basketball coach; Carol-Howe-Veenstra, CSB athletic director; and Deanne Hollerman, CSB athletics department coordinator, in Kain's nominating letter. "Ted has always treated this job as if it was his full-time position and for that, the (athletic) department has benefitted greatly."

The team consists of three different job positions - cashiers, who work mostly on weekends; associates, who work as cashiers but also deal in customer service, merchandising, stocking, shipping and receiving and housekeeping; and student managers, who open and close the store on weekends and conduct operations within the store. 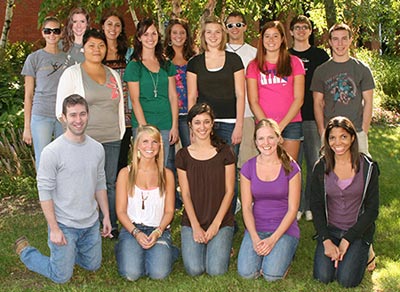 Cindy Dirkes, assistant director of the SJU Bookstore, and Tina Streit, assistant director of the CSB Bookstore, wrote in the team's nominating letter that the students responded exceptionally to a "rapidly changing retail and college environment to meet the needs and expectations of our clientele. Each day we were amazed at the level of commitment our student employees have toward the bookstores."