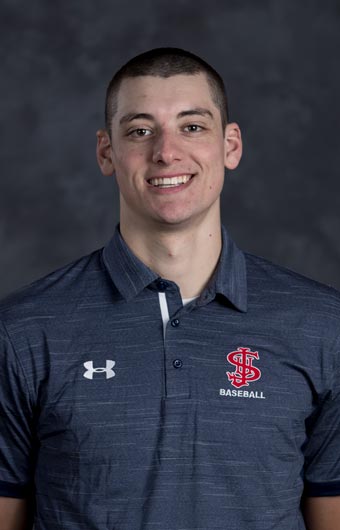 The distance from Collegeville to Fenway Park, home of the Boston Red Sox, is 1,462 miles.

That’s the road Saint John’s University graduate Joey Stock ’20 hopes to travel after he signed with the American League team on Friday, Aug. 28.

Stock, who recently completed his third summer with the Northwoods League’s St. Cloud Rox, awaits instructions from Boston, which signed him as a pitcher.

With minor league baseball enduring a hiatus due to the COVID-19 pandemic, Stock’s options likely include some means of an instructional league and/or private, guided training directed by the Red Sox staff.

He is the first Johnnie to sign an MLB contract since first baseman Jon Dold ’94, who was selected in the 40th round of the 1993 draft by the Cincinnati Reds.

Stock is the second SJU student-athlete to sign a professional sports contract in the last four months. In April, offensive lineman Ben Bartch was selected in the fourth round of the 2020 NFL Draft by the Jacksonville Jaguars.