Robert Dumonceaux to give address during SJU commencement ceremonies 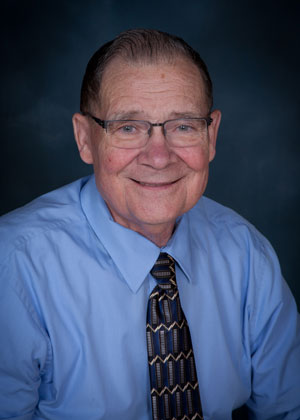 Dumonceaux will receive an honorary Doctor of Laws degree.

Luke Newgaard, a graduating political science and Hispanic studies major from Eden Prairie, Minnesota, will be the student commencement speaker, as selected by the Saint John's senior class.

The 2015 Saint John's graduation class includes 409 undergraduate men and 23 School of Theology and Seminary graduates. When combined with the College of Saint Benedict's 475 graduates, this year's undergraduate graduating class is 884.

One of the longest serving faculty members at CSB and SJU, Dumonceaux got an early start as an educator. He began teaching mathematics classes in 1960 while still a student at Saint John's. He went on to teach mathematics for over 50 years, until his retirement in 2014.

Among many professional achievements and awards, he received faculty advising awards in 1985 and 1996 and was named Regents Professor of mathematics in 1997.