This spring, as the need for widespread testing for COVID-19 grew in importance, the nation got a simple lesson in logistics: Turns out that no matter how many test kits you have, testing capacity is still dependent on having the materials to administer those tests.

Suddenly swabs became a pretty big deal. For Shelly Peterson and her colleagues at Resolution Medical in Minneapolis, it was time to get creative. Peterson, a 2018 graduate of the College of Saint Benedict with a major in biochemistry, works as a product development engineer in the laser welding department at Resolution.

Global shortages of traditional flocked swabs called for innovation. Resolution Medical – an FDA-registered in vitro diagnostic and medical device manufacturer – collaborated with their partners at Carbon to create something 3D-printable.

“A huge benefit in getting the product to market was the fact that Carbon already had an FDA-approved resin available,” Peterson said. “The rush to market was hectic, but we were all working cohesively as a team to get swabs out the door.”

That resin material (KeySplint Soft® Clear material from Keystone® Industries) is something Carbon has used before in producing orthodontic and dental appliances like mouthguards. In this case, it had “the right balance of properties to make a soft, flexible swab with appropriate strength that could be printed with precision,” said Dr. Joseph DeSimone, co-founder and executive chairman at Carbon.

The advantage of 3D printing in this case is the way it lets developers design a part and have it ready within hours. This way, multiple iterations can be made and tested.

“That’s compared to the predicate technology of injection molding, which required tool design and manufacturing to create a ‘mold’ that makes the part – which is a much longer process for prototyping,” Peterson said.

The result, according to Resolution Medical, is a swab that is:

“My direct role in producing the lattice swab was developing the dimensional and functional performance test methods which were used to ensure the swab would meet effectiveness and safety measures,” Peterson said. “Using those test methods, I was able to provide feedback to the material scientists and engineers so they could tweak the design through several iterations to achieve ideal performance.”

Getting her start in STEM

The underrepresentation of women in STEM fields (science, technology, engineering and mathematics) has been well-documented. Peterson chose to get her start with a broad-based liberal arts education from a college for women. “I chose Saint Ben’s for quite a few reasons,” she said. “But when I really look back on it, a main reason was because of my dad (Larry Peterson, a 1986 graduate of Saint John’s University). He unfortunately passed away unexpectedly two weeks after my graduation from Saint Ben’s. But he is my role model and I have always looked up to him.”

“I was concerned choosing a field that is so male dominated,” she said, “but that really motivated me to enter the field and break that trend. Growing up, I wasn’t exposed to any women working in the role I’m in now. But after taking some gender courses at CSB/SJU, I gained a lot of insight into the inequality and biases that impact women working in STEM.

“I currently work with several women – both my age and older – who are excelling in their roles. That’s given me a lot of confidence in my decision. I would love to one day have an aspiring female engineer tell me she looks up to the work I am doing and the boundaries I am breaking.” 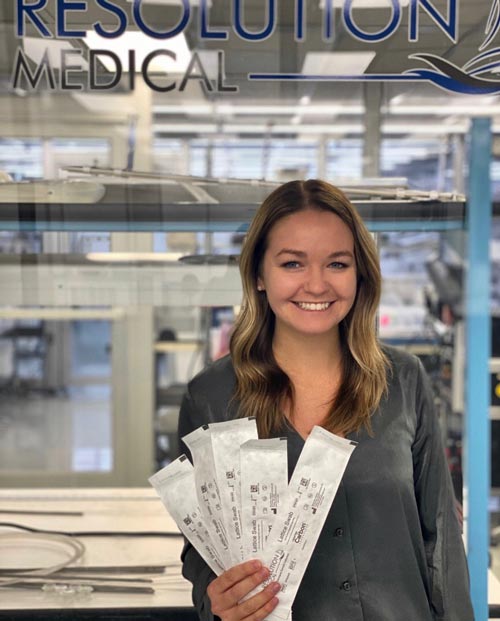 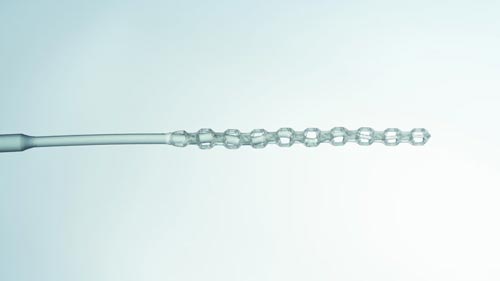