Embracing community, serving others and the pursuit of justice are among the values that serve as bedrocks of the education and experience students receive at Saint John’s University.

Clarke has volunteered for numerous groups during his time at SJU, including campus ministry, College of Saint Benedict/SJU Health and Counseling Services and the Saint John’s Abbey Retirement Center. He’s also served as a Residential Assistant with Saint John’s Residential Life and Housing, and he’s been a member of the Saint John’s Student Senate.

“I was overwhelmed with gratitude when I heard I had won this award,” said Clarke, a pre-med major with an emphasis on biology from Nassau, Bahamas who, after graduating this May, plans on working for a year as an operating room runner at Abbott Northwestern Hospital in Minneapolis, then going on to pursue a master’s degree in public health and attending medical school.

“Not once did I ever take on a service-related activity in the hopes of receiving this kind of recognition. Service has always just been something I’ve tried to involve myself with over the years. There’s a quote from Mahatma Gandhi I really like. He said ‘The best way to find yourself is to lose yourself in the service of others.

“That really hits home for me. Because it wasn’t until I began to serve others and see the happiness I could bring to other people that I truly started to see who I was as a person.”

Koll is involved in numerous clubs and activities, including serving as a fire captain with the Saint John’s Fire Department and playing a key role in Consent-Equality-Respect-Talking-Safety (CERTS) - a CSB/SJU student/staff partnership designed to facilitate honest, and open conversation regarding sexual health issues to better foster healthy, safe decisions around sex, as well as to create an environment where sexual activity without consent is not tolerated, accepted or condoned.

“Winning the award came as a surprise to me,” said Koll, a graduate of nearby Rocori High School in Cold Spring (Minnesota) who hopes to pursue a career in the criminal justice system, perhaps as a police investigator or criminal psychologist.

“I honestly wasn’t expecting it. But it’s nice that the school recognizes how important service is and the impact it can have on so many people. It’s something I know I get a lot out of and it’s a big part of everything we all do here at Saint John’s.”

Edwards serves on the SJUfaith prison ministry teams and participates in the CSB Campus Ministry J-Walking group that speaks with men reentering society after incarceration at the Overcomers International Fellowship Dream Center in St. Cloud.

“Service is part of the Saint John’s community,” said Edwards, a Prior Lake (Minnesota) High School graduate with a double major in theology and psychology and a captain on the Johnnie wrestling team who leads a Bible study group with his teammates and has worked to increase interreligious dialogue on campus.

“It’s what I signed up for when I decided to come to Saint John’s. There are so many opportunities offered to students to get involved here. And I’m kind of a yes person. So when opportunities are presented to me, I’m going to take them.”

The Extraordinary Service Award annually recognizes the work of SJU students who are characterized by their personal commitment to service, and whose efforts promote community, justice, working with others to accomplish a greater good and thoughtful reflection through the lens of Benedictine Values and/or Catholic social teaching.

Candidates for the award are nominated by other students, faculty and staff at SJU and the College of Saint Benedict, but can only win the award once during their time in Collegeville.

Nominations are open to all undergraduate students at SJU.

Each winner receives a $3,000 award made possible by an anonymous donor. The winners were notified in mid-March. The winners are typically honored with an in-person presentation and reception, though because of the COVID-19 pandemic, last year’s winners were celebrated in a virtual event.

A banquet is being planned for this year, but the details have yet to be finalized as organizers work to make sure the event can be held safely and comply with existing COVID-19 protocols on campus. 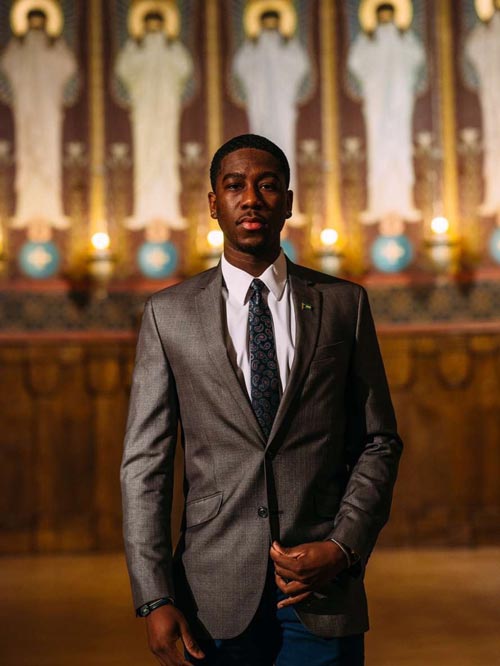 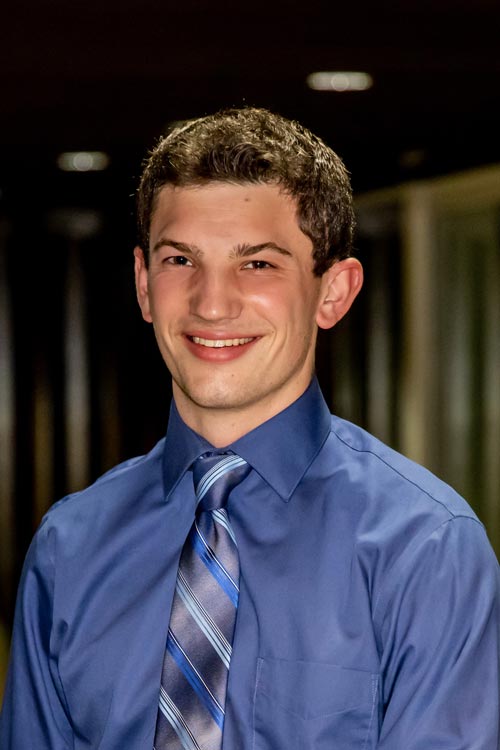 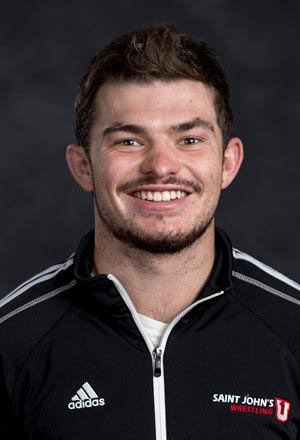