Student employees at CSB and SJU are honored at reception

Megan Toninato, Taylor Schmitz and the College of Saint Benedict Custodial Maintenance Set Up Crew have been named Student Employees/Team of the Year at CSB and Saint John’s University.

The winners, who each received an engraved plaque, were announced April 10 at the Gorecki Center, CSB, during National Student Employee Appreciation Week April 8-14.

Some 2,400 student employees at CSB and SJU logged almost 410,000 hours of service through the end of February. That’s the equivalent of about 320 full time employees to complete the number of hours worked.

Those student employees are housed in about 250 departments and offices at CSB and SJU for approximately 300 supervisors. 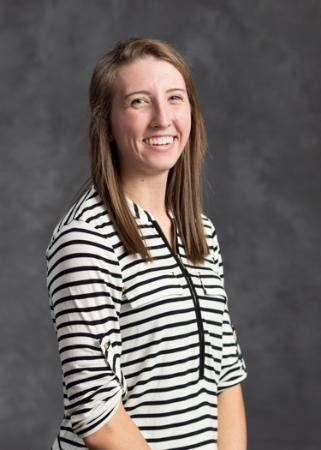 Toninato served as the volleyball and hockey public address announcer at CSB athletic events for the past two years.

The senior communication and English double-major from Woodbury, Minnesota, is known by her nickname “Tones” to fans who attend the games. She is also a four-year starter as an outfielder/infielder for the CSB softball team, and a member of the CSB Student-Athlete Advisory Committee.

“All these activities she has participated in during her tenure here at CSB has made her an incredibly approachable, welcoming and known individual here on campus,” said Mike Eveslage, athletics operations manager for CSB and Toninato’s supervisor.

“Megan is an example of what you want in an employee. She is the benchmark for what it means to be prepared in regards to an event’s production. She is seen consistently updating her game-day scripts, retrieving starting lineups and rosters from home and visiting coaches with only a short time prior to the beginning of the event,” Eveslage added.

Twelve students were nominated for the CSB Student Employee of the Year. 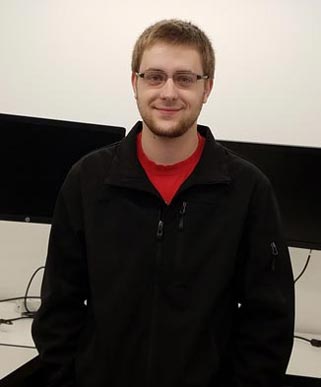 Schmitz, a junior computer science major from Cold Spring, Minnesota, has worked for IT Services for the last 2½ years. He began as a Help Desk assistant in the fall of 2015, and then became a desktop support assistant in July 2017.

He also assisted at the SJU and CSB Technology Tables during move-in day, answering questions from both students and parents.

Schmitz’s role as a desktop support assistant really allows him to shine, according to Chris Porter, IT support specialist and Schmitz’s supervisor.

“TJ strives to not only solve problems, but to provide the best experience possible,” Porter said. “For example, TJ was assisting on a software update. As he was working with the person over the phone and taking proper troubleshooting steps, he found the upgrade was not working as intended.

“At that point, TJ contacted the support company for the software product and worked with them to resolve the problem,” Porter said.

Five students were nominated for the SJU Student Employee of the Year.

The 12-member CSB Custodial Maintenance Set Up Crew is responsible for set ups, takedowns and cleaning of the spaces for all the events that take place on the CSB campus. It includes setting up chairs, tables, staging and much more.

Jeff Madden, setup coordinator for the CSB custodial maintenance department, recalled a time when he had to deal with a family emergency that took him away from work for a week.

“They organized amongst themselves to cover my weekend shifts and the tasks and setups that I was supposed to cover, and told me to take care of what I needed to do and they will handle everything,” Madden said. “It was a very busy weekend with events, and they took care of it all. That is a team!”

Eight teams were nominated for the CSB/SJU Student Employee Team of the Year.