It has been over a year since Pope Benedict XVI made what some considered controversial comments about Catholic-Muslim relations.

Now, the Koch Chair in Catholic Thought and Culture at the College of Saint Benedict (CSB) presents a lecture about what led up to Pope Benedict’s address, and what has happened since then.

Sandra Keating, an assistant professor of theology at Providence (R.I.) College and a 1986 graduate of CSB, speaks on the current state of Catholic-Muslim relations with a lecture entitled, “After Regensburg: Where Catholic-Muslim Dialogue is Today,” at 7:30 p.m. Thursday, Nov. 8 at the Gorecki Dining and Conference Center (Room 204 AB) on the CSB campus. The lecture is free and open to the public.

On Sept. 12, 2006, Pope Benedict spoke at the University of Regensburg in Germany – a school where he was a professor of theology for many years before becoming pope. Addressing the scientific community, Pope Benedict quoted a medieval Byzantine emperor who said the prophet Muhammad had brought “things only evil and inhuman, such as his command to spread by the sword of his faith.”

The pope later said he was merely citing and not endorsing the criticism of Islam, but he conceded that the speech was open to misinterpretation, according to a story from the Catholic News Service (CNS).

“The widespread Muslim indignation that followed clearly went beyond anything the pope or his aides were expecting,” CNS reported. “Twice, the pope publicly expressed his regret that his words had offended Muslims, emphasizing that he did not share the assessment of Islam he had quoted.”

In late September, the pope invited Muslim representatives to a meeting so he could personally explain himself.

Keating’s scholarly focus has been on theological issues in early and medieval Muslim-Christian relations, particularly in Iraq, Iran and Arabia. She is currently attentive to contemporary Catholic-Muslim dialogue, participated in the 2005 meeting of the Vatican’s Islamic-Catholic Liaison Committee, and has served as a consultant to the Vatican’s Commission for Religious Relations with Muslims.

Keating is the author of the book, Defending the ‘People of Truth’ in the Early Islamic Period: The Christian Apologies of Abu Rai’tah.

Her lecture is co-sponsored by the Renaissance Speakers Series at CSB, and the Jay Phillips Center for Jewish-Christian Learning at Saint John’s University (SJU) and the University of St. Thomas, St. Paul.

The Koch Chair brings visiting scholars distinguished by their knowledge of and commitment to bringing the Catholic intellectual tradition into dialogue with the academic disciplines and with culture. This approach supports a full range of expertise - from science to the arts and humanities. The Koch Chair aims to extend the legacy of Catholic thought to all constituencies on the CSB and SJU campuses. 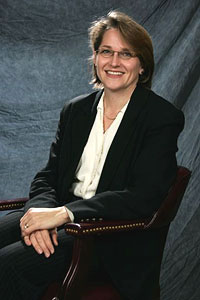