The ongoing COVID-19 pandemic has presented challenges unlike any the combined Army ROTC program at Saint John’s University, the College of Saint Benedict and St. Cloud State University has ever encountered before.

But it has done nothing to alter the high standards members of the Fighting Saints Battalion continue to set for themselves.

More proof of that was provided when the program was recently named the 2020 winner of the 3rd Army ROTC Brigade, General Douglas MacArthur Award for Leadership – a top national honor for ROTC units based on academic success, military proficiency and meeting commissioning goals.

It marks the second time in three years the Fighting Saints have earned the award, which makes them the top program in an 11-state region (made up of 41 programs, including ones at much larger schools like the University of Minnesota, Marquette and Creighton), and one of just eight programs out of 270 nationally to be so honored.

Among the metrics used to evaluate candidates for the award are a battalion’s cumulative GPA, as well as its physical fitness and training scores.

“It’s kind of surreal,” said CSB senior Claudia Mahoney, a psychology major and the program’s Cadet Battalion Commander. “This is our second time getting it, and it’s a testament to the type of program we have and the quality of the cadre and Cadets we have at these schools.

“The past year has been challenging in many ways. The status quo as we know it has been changing constantly. But everyone has pulled together to make the best of the situation.”

Lt. Col. Steven Beard, a professor of military science and the head of the Fighting Saints program, said the award is a recognition of the wide range of talents the battalion’s Cadets possess.

“Our students are amazing,” he said. “They’re so well-rounded. Because these are smaller schools, our Cadets are encouraged to participate in activities like athletics, student government and others.

“A military leader has to be a jack-of-all-trades. And the qualities that make our Cadets successful in sports and in the classroom will make them successful in the military as well.”

And the battalion is not resting on its laurels. Instead, it continues to turn in impressive performances such as its showing at the Northern Warfare Competition held the weekend of Feb. 20-21 in La Crosse, Wisconsin.

The Fighting Saints placed second out of 30 teams – a showing that means the battalion is likely to be invited to the prestigious Sandhurst International Military Skills Competition this April in West Point, New York.

The results were even more impressive when you consider the battalion was at far less than full-strength.

“We had two of our top five guys go down the week of the competition, so we had to pull two new guys in and they really stepped it up,” said SJU junior Aidan Moran, a political science major and one of the Fighting Saints team members at the event.

“So with all that, to not just place second – but to make it close enough that they had to take a bunch of extra time to determine who the actual winner was – ended up being a pretty good showing.” 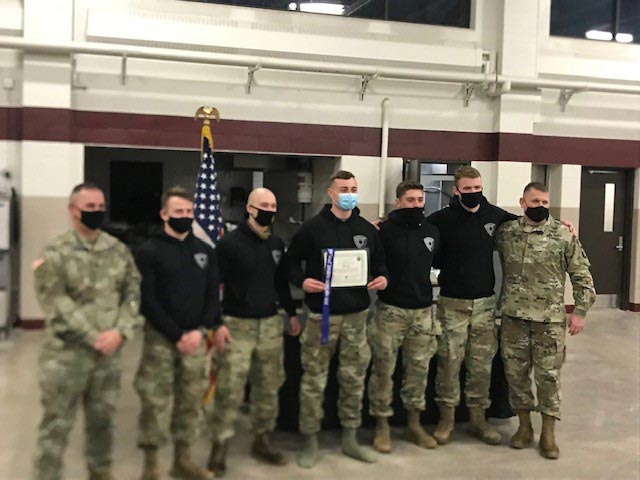 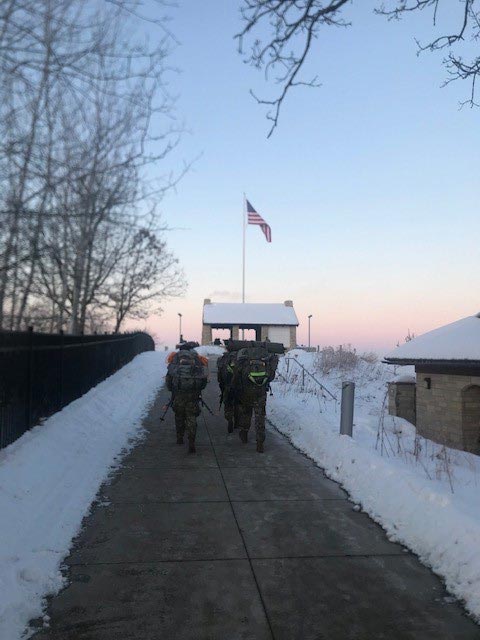