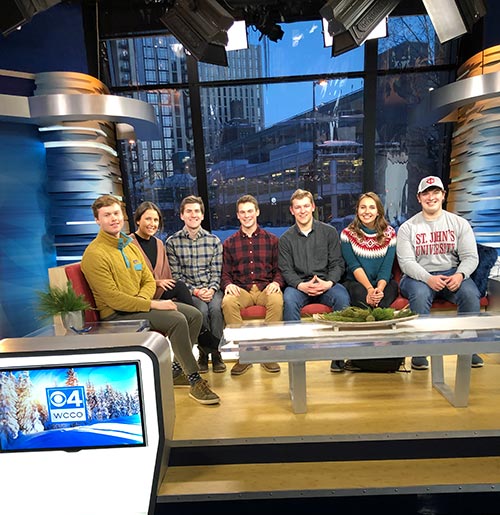 Here’s a news flash. And no, this isn’t fake news.

The Record, the student newspaper at the College of Saint Benedict and Saint John’s University, captured a second-place award for overall excellence in the Four-Year Newspaper Weekly category at the Associated Collegiate Press’ Best of the Midwest College Journalism Convention Feb. 15-17 at the Millennium Hotel, Minneapolis.

In addition, writers, photographers and editors from The Record earned seven individual awards, which were announced on Feb. 17.

“We are very pleased with the way the conference went for us,” said CSB senior Lydia Farmer, editor-in-chief of The Record.

The following students won individual awards at the convention:

Besides attending various sessions and workshops at the convention, the CSB and SJU students also toured the Star Tribune newsroom and printing press, and the WCCO-TV studios while in Minneapolis.