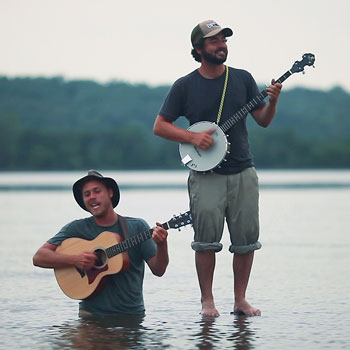 Joe Mailander recently told the Minneapolis Star-Tribune newspaper that he keeps his 2012 Grammy Award in his Minneapolis office.

It turns out he may have to make more room for another award. Mailander's band, the Okee Dokee Brothers, was nominated for a Grammy Award in the Best Children's Album category Dec. 5 with its latest album, "Through the Woods."

Mailander, a 2008 graduate of Saint John's University, and Justin Lansing spent a month hiking the Appalachian Trail drawing inspiration for "Through the Woods." It is their fifth album, and first since "Can You Canoe" earned the 2012 Grammy in the Best Children's Album category.

The Okee Dokee Brothers are one of five nominees for the award, which will be presented Feb. 8, 2015, at the Staples Center in Los Angeles.