Going to college is a dream of many American students. 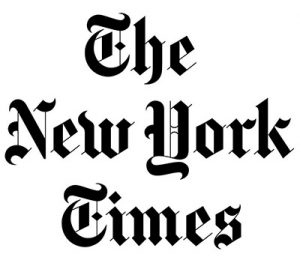 The Times’ College Access Index placed the College of Saint Benedict 41st in the nation and Saint John’s University at No. 78. The study, in its third year, examined colleges with a five-year graduation rate of at least 75 percent. According to the Times, roughly 170 schools nationwide met this standard

The index “is based on how many low- and middle-income students colleges graduate and how much those students must pay,” the Times wrote. “The index is a measure of which top institutions are doing the most to promote the American dream.”

An index value of one is average. A value higher than one suggests a greater commitment to economic diversity, the Times wrote.

“For many of the families we serve in the lower and lower middle income bracket, their investment in college is their point of entry to the American dream,” CSB President Mary Dana Hinton said. “Our students and their families come to us with the hope for a better tomorrow, for themselves, for the community, for the nation.

“To play a role in helping young people access the American Dream is a privilege for the College of Saint Benedict. The support of our faculty, staff, monastic community and donors enable us to do this work and for that I, and our students, are deeply grateful,” Hinton said.

“College access has always been at the heart of our Benedictine, Catholic mission,” SJU President Michael Hemesath said. “Even as the economics of higher education have changed and the needs of students have grown, this College Access Poll shows that both CSB and SJU continue to meet the needs low and middle income students.

“Our success in this area is especially striking and impressive when you look at the data and see most of the other schools who have been successful in this area are either state schools with taxpayer support or private institutions with much bigger endowments,” Hemesath said.

The Times collected three types of data to produce the ranking.

The first type is the share of entering first-year students who receive Pell Grants. The federally funded program helps students coming from the bottom 50 percent of income distribution.

The Times then multiplied the share of Pell students by the graduation rate for Pell recipients. “The resulting number captures the share of a college’s entering class that is low-income and can be expected to graduate,” the Times’ wrote. That number led to one-half of a college’s index number.

The other half came from the average price – tuition, fees, room and board, net of financial aid – that the college charged students from families with annual income between $30,000 and $75,000.

“Together, the index measures how many lower-income students graduate from a college and how much they must pay to attend it,” the Times concluded.