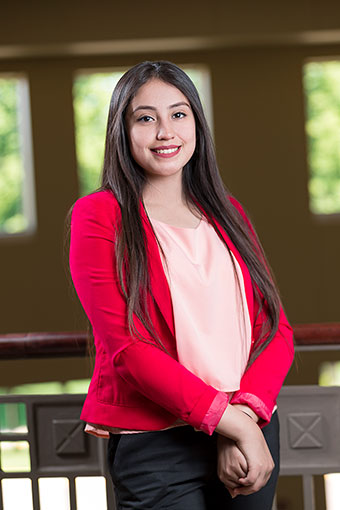 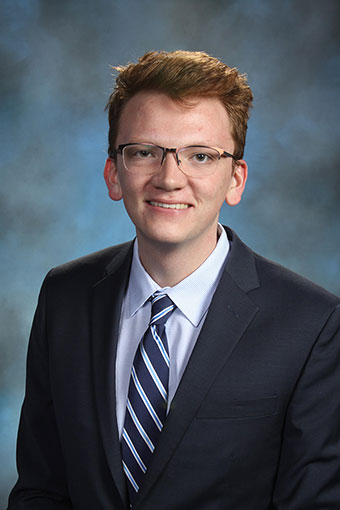 Lesly Gonzalez-Barragan from the College of Saint Benedict and Michael Syverud from Saint John’s University have been named Newman Civic Fellows for 2019-20.

The Newman Civic Fellowship is a one-year experience emphasizing personal, professional and civic growth for students who have demonstrated a capacity for leadership and an investment in solving public problems.

Through the fellowship, Campus Compact provides a variety of learning and networking opportunities, including a national conference of Newman Civic Fellows in November in Boston in partnership with the Edward M. Kennedy Institute for the United States Senate.

Gonzalez-Barragan, a junior from St. Paul, Minnesota, is a political science and theology double-major at CSB. She is a student leader who has “used her deep passion for authentic social engagement in Latinx Ministry and Catholic social justice work,” said CSB President Mary Dana Hinton.

She has completed internships for the United States Conference of Catholic Bishops and the Archdiocese of St. Paul and Minneapolis, Hinton noted. Gonzalez-Barragan has “thoughtfully worked to make systemic change in the ways society and the Catholic Church engage with Latinx youth. In this way, she seeks to address root causes of inequity disadvantaging Latinx populations in America,” Hinton added.

Gonzalez-Barragan also serves as an academic coordinator in the Office of Experiential Learning and Community Engagement at CSB/SJU, facilitating connections between 75 student volunteers and various community organizations.

“As a young Latina member of the Catholic Church in the United States, I know that Latino youth have been overlooked both in society and in the church,” Gonzalez-Barragan said. “I found that providing ministry to Latino youth opened doors of opportunity that went well beyond the pews and had the possibility to break through societies’ stereotypes, and the stereotypes that we Latino youth hold of ourselves.”

Syverud, a junior from St. Paul, is a political science major at SJU with a particular interest in social equality. “Michael’s passion for services reaches across a diverse range of individuals and service groups,” said SJU President Michael Hemesath.

He has worked in the Hennepin County (Minnesota) Jury Office, the Boys and Girls Club of Central Minnesota and the Highland Friends Club, assisting young adults with physical and/or mental disabilities.

As part of the Bonner Leader Program at CSB and SJU, “Michael has made a four-year commitment to participate in frequent service and leadership seminars focusing on community engagement and sustainable development,” Hemesath said. “His work with Kidstop, a school-age child care program for grades K-6, has been the result of that commitment.”

Campus Compact is a national coalition of over 1,000 colleges and universities and is the largest national higher education association dedicated solely to campus-based civic engagement. The Newman Civic Fellowship is named for Campus Compact co-founder Frank Newman.