Imagine a jigsaw puzzle that is 150 years old and trying to find pieces to complete the picture.

That’s exactly what Ted Gordon and some student employees are attempting to do.

For the last couple of years, Gordon – a visiting professor of sociology at the College of Saint Benedict and Saint John’s University who directs the Transforming CSB/SJU for Native and Indigenous Inclusion Project, which is funded through the Becoming Community Mellon Foundation Grant – and his student employees have researched CSB and SJU ties to Native Americans.

“I’m an anthropologist. My work is in Native American studies,” Gordon said. “I’d only met a few Native students (on campus), and I had known about the Industrial Schools (near what is now the CSB campus and at SJU) as well. So, I thought this would be a good opportunity to understand the experiences of Native students on our campuses in the past and the present.”

Gordon’s effort began a couple of years ago, but intensified this past summer. Working with Jaime Arsenault, the Tribal Historic Preservation Officer for the White Earth Nation in northern Minnesota (located in Becker, Clearwater and Mahnomen counties in Minnesota, one of seven Anishinaabe reservations in Minnesota), Gordon and his student employees worked on four projects.

Perhaps the most significant project is ongoing between the Order of Saint Benedict, CSB and the White Earth Nation regarding personal records from Industrial Schools and Boarding Schools operated by the OSB.

The Saint John’s Industrial School and Saint Benedict’s Industrial School were both boarding schools, which operated on the campuses from 1884-1897, according to a timeline put together by the CSB/SJU Libraries. They were called Industrial Schools because of their focus on “trade” skills, with the curriculum requiring children to work for half of each day.

OSB opened the White Earth Mission School on the reservation in 1878 and soon it became a boarding school. It converted back to a day school in 1945 and closed in 1970. OSB opened the St. Mary’s Mission School at Red Lake in 1889 and it soon became a boarding school as well, converting back to a day school in the 1940s. It’s still open today, though it’s no longer directly affiliated with OSB.

“These materials are so sensitive that it wouldn’t be right to just digitize everything and put it all up online,” Gordon said. “Instead, our plan is to take effectively two years to develop protocols where – working closely with both the tribe and the monastery to have conversations about what should be digitized, and who should have access to it.”

Gordon has partnered with the Monastery and White Earth Nation to apply for a grant from the National Endowment for the Humanities to continue this work.

“The grant is not to digitize yet, it’s just to develop a plan,” Gordon said. “One of the takeaways from this, regardless of whether or not we get the grant, is what we have now is an agreement where the Monastery and White Earth agree that it’s important to work together to discuss this history and find ways to go and share the materials we have with each other as a way to build a stronger relationship in the future.

“There’s all kinds of materials, interviews, diaries and life histories from the sisters who worked (at White Earth), and it’s all very sensitive – certainly to the monastery,” Gordon said. “At the same time, it may have a lot of information about their experiences at White Earth and help community members at White Earth understand this part of their history.”

If this comes to fruition, CSB and OSB would be the first religious institution to digitize these records for public access, joining the Sherman Institute in Riverside, California and the Carlisle (Pennsylvania) Indian School, with digital records kept through Dickinson College.

Several other projects were undertaken by CSB and SJU students.

“These materials are physically housed in our campus and monastery archives but because they were digitized and uploaded into our online database Vivarium, I was able to work on this project remotely during the COVID-19 pandemic,” said Bachmeier, a sociology major from Long Prairie, Minnesota who received a John Brandl Scholarship to complete this work.

“We also see information about grave sites and burials, and information about when different missionaries and priests were working at White Earth, who they met with and the kinds of stories they had, and sharing that with Jaime. She was able to understand pieces of this history and put them in context of White Earth history,” Gordon said.

“This internship meant one more step toward acknowledging our institutions' past of forced assimilation of Native populations. It also meant that we were able to return important accounts and other historical information to the Anishinaabe people,” Bachmeier said.

“The work was very meaningful for me because it has the potential to inform institutional practices going forward, acknowledges the harm our communities inflicted upon Native communities and returns and shares these records with the White Earth Tribal Historic Preservation Office. Although this work is only a drop in the bucket, it still holds practical value for the people of White Earth and those in our midst who hope to work towards justice in our communities,” Bachmeier added.

CSB junior Faith Gronda worked with Gordon on how tribal governments have responded to COVID-19, and pairing those responses to state responses.

“This is important because through tribal sovereignty, tribes are able to create their own response plans to COVID-19," said Gronda, a biology and peace studies double-major from New Brighton, Minnesota. "By evaluating them separately, we are able to see how precautionary their plan was in relation to their state’s plan. Although our research is not complete, in many cases we found that tribes enacted stricter restrictions than their state. However, we also found that even with stricter plans, some tribes are still more disproportionately affected by the pandemic.”

“With Faith’s help, one of the things we were able to do was build a database of tribal responses to the pandemic for the entire Upper Midwest in Minnesota, North Dakota, South Dakota, Wisconsin and Michigan,” Gordon said.

“This research is extremely important because over time, Native Americans have been continuously overlooked and left out of the narrative. We cannot tolerate this any longer,” Gronda said. “We must gather data and uplift Native voices so that in the future when we are evaluating what our nation should have done differently in response to this pandemic, tribes can be at the forefront of this conversation.”

Gronda also completed non-school related projects with Dream of Wild Health, which helps revitalize Native agriculture, and developed an internet presence for the Wyandot of Anderdon Nation, for which she is a member.

“I worked for Ted this summer as a research assistant focusing on the historical and cultural significance of wild rice in Minnesota,” said Eickhoff, an environmental studies major from St. Cloud, Minnesota. “The goal of this work is to create a Traditional Cultural Property report about wild rice, which would add ricing areas to the Registry of Historic Sites and protect rice beds from future development.”

“Wild rice is sacred among the Anishinaabe, and also a very important food source for them today,” Gordon said. “It’s very important culturally, in terms of their culture, their nutrition, their spirituality.

“One of the things Jaime is doing while trying to protect the natural sites is to get them listed on the National Register of Historic places,” Gordon said. “Maija did research to help Jaime on the history of these sites and their current use … she was able to document the value of these sites.”

As Gordon notes, it’s a long and complicated process to get the sites approved by the National Park Service.

“We’re optimistic, but even aside from that, the interviews and the tribal research Maija was doing really helps White Earth; helps those of us were interested in this history as scholars; and it really helps us understand why these sites are so sacred and how they continue to be important to the Anishinaabe people today,” he said.

“To me, this work is meaningful because it’s an opportunity for resistance against Line 3 during the pandemic,” Eickhoff said. “Opportunities for activism can be difficult to find during the age of COVID-19, so working towards environmental and social justice in this way is incredibly impactful.

“Understanding this work is so important because the media and mainstream society frequently overlook Native struggles and resistance. Yet, this space holds real opportunity for learning and reparations for past injustices, so it’s essential people understand how impactful their involvement could be,” Eickhoff added. 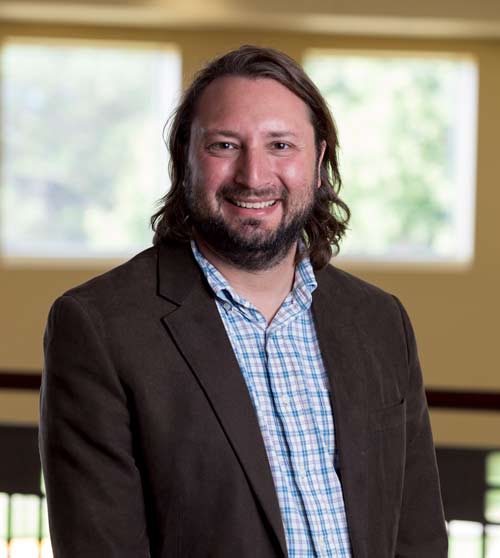 To recognize Indigenous People’s Day Monday, Oct. 12, the Gender Studies Film Series at the College of Saint Benedict and Saint John’s University is showing the movie “Warrior Women” at 7 p.m. via Zoom. Ted Gordon and Corrie Grosse, assistant professor of Environmental Studies, will serve as the event’s facilitators.

“‘Warrior Women’ profoundly changes our understanding of the Red Power movement. From Alcatraz to Standing Rock, the film charts a familiar yet wonderfully unfamiliar course by telling the story of Indigenous women’s activism. While a compelling story of a mother and a daughter, it is also a story of a movement’s impact on generations of Native people,” said Nick Estes, assistant professor of American Studies at the University of New Mexico.