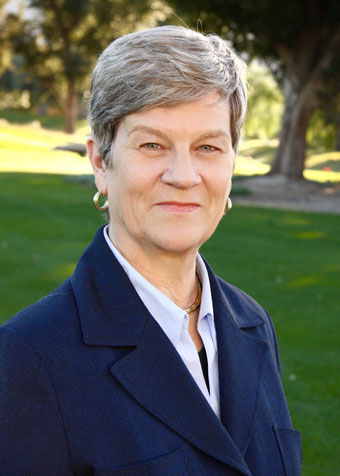 Each year, the National Academy of Sciences (NAS) presents its Public Welfare Medal – the organization’s most prestigious honor – to an individual to honor extraordinary use of science for the public good.

This year’s winner was Kathleen Hall Jamieson, a scholar of political and science communication. She was recognized for her “non-partisan crusade to ensure the integrity of facts in public disclosure and development of the science of scientific communication to promote public understanding of complex issues,” according to NAS.

Jamieson, the Elizabeth Ware Packard Professor at the Annenberg School for Communication of the University of Pennsylvania and director of the university’s Annenberg Public Policy Center, will speak on “Russian hackers, trolls and #DemocracyRIP.”

Her lecture will synthesize what is known about the impact of the Russian interventions in the 2016 U.S. presidential election, outline the contours of the #DemocracyRIP, Russian plans to undercut the presidency of Hillary Clinton if she had been elected and ask what’s next and what can we do about it.

Jamieson’s lecture follows up on her book, “Cyberwar: How Russian Hackers and Trolls Helped Elect a President,” which won the Association of American Publishers’ 2019 R.R. Hawkins Award and was published in a revised paperback edition by Oxford University Press in June 2020. A limited number of complimentary books will be available for students and others via the CSB and SJU Bookstores.

In April, Jamieson received the Public Welfare Medal. NAS President Marcia McNutt said Jamieson’s “approach to science communication and her political analysis have proven to be invaluable national resources … The integrity of science relies on a respect for facts. The integrity of facts (relies), in no small measure, on Kathleen Hall Jamieson.”

Jamieson has authored or co-authored 16 books. Among her other award-winning books are “Spiral of Cynicism” (with Joseph Cappella) and “The Obama Victory: How Media, Money and Message Shaped the 2008 Election” (with Kate Kenski and Bruce Hardy).

She is a 1964 graduate of St. Benedict's High School in St. Joseph, Minnesota and received a bachelor's degree from Marquette University and a master's degree and doctorate from the University of Wisconsin.

Jamieson gave the 2003 commencement address at CSB and received an honorary doctorate. She was the annual Eugene J. McCarthy Center for Public Policy and Civic Engagement Scholar-in-Residence in 2011.

“We are thrilled to welcome Dr. Jamieson back to campus, albeit virtually,” said Matt Lindstrom, director of the McCarthy Center and professor of political science at CSB and SJU. “Her trail-blazing scholarship and public leadership demonstrate a deep commitment to democratic justice, particularly fair elections and fact-based information.”

Jamieson also has ties to McCarthy. She worked on McCarthy's 1968 presidential campaign, and interviewed him for her book “Packaging the Presidency.”

The annual McCarthy Lecture and McCarthy Center honor SJU alumnus Eugene McCarthy and seeks to inspire a new generation of young people to pursue fresh ideas, to challenge the status quo, to effect positive change in their communities and, like McCarthy himself, to lead with honesty, integrity and courage.

In early 2020, Juan Manuel Santos, former president of Colombia from 2010-18 and winner of the 2016 Nobel Peace Prize, delivered the 13th annual McCarthy Lecture.