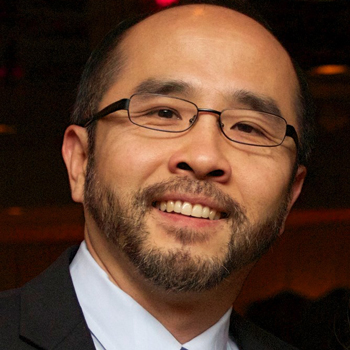 At the age of 19, many college students haven’t settled on a major. When Francis Su was 19, he’d already graduated with honors from the University of Texas-Austin with a degree in mathematics.

Su, the Benediktsson-Karwa Professor of Mathematics at Harvey Mudd College in Claremont, California, will be the keynote speaker at the 38th annual Pi Mu Epsilon Conference April 7-8 at the Peter Engel Science Center at Saint John’s University.

The conference runs from 7 p.m. to 9 p.m. Friday, April 7, and 8 a.m. to 11:30 a.m. Saturday, April 8. While the conference is open to anyone, it is specifically designed for mathematics majors, and high school students interested in the topic.

Su will give two keynote addresses, one at 8 p.m. Friday, April 7, titled “Fair Division Using Topological Combinatorics,” and the other at 10:30 a.m. Saturday, April 8, titled “The Geometry of Cubes.” Both presentations are at Pellegrene Auditorium, SJU.

Pi Mu Epsilon is a national mathematics honor society with chapters across the country. This regional conference will include students from Minnesota, western Wisconsin and eastern North and South Dakota.

Su received his bachelor’s degree in mathematics from Texas, and his master’s and doctorate degrees from Harvard University. He is a past president of the Mathematical Association of America.

His research is in geometric combinatorics and applications to the social sciences, and he has co-authored numerous papers with undergraduate students. Su has received multiple National Science Foundation research grants for his work and has been awarded the 2001 Hasse Prize for expository writing, and the 2004 Alder Award and the 2013 Haimo Award for distinguished teaching.

In addition to his research, Su also has a passion for teaching and popularizing mathematics. He authors the popular Math Fun Facts website and iPhone app.

Several College of Saint Benedict and Saint John’s University students will present at this conference: