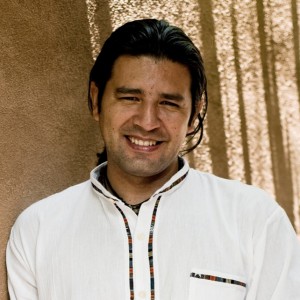 There's an overlooked pocket of the literary world among the Maya people of Guatemala that includes the likes of Luis de Lión and Francisco Morales Santos.

Emilio del Valle Escalante is an associate professor of Spanish at the University of North Carolina at Chapel Hill and will discuss this topic in his lecture, "Maya Literary Resurgence in Guatemala: Francisco Morales Santos y Luis de Lión."

The lecture will take place at 7 p.m. Monday, Nov. 2, in room 264, Quadrangle Building, Saint John's University. The event is free and open to the public.

The discussion is a continuation of the fall lecture series by the Latino/Latin American Studies Program at the College of Saint Benedict and Saint John's University titled "Guatemala: Challenge and Promise."

Escalante will discuss the role Maya writers have in creating and maintaining an indigenous cultural identity. The Maya people have had to struggle for their indigenous rights, especially since the 1960s and Escalante thinks that writers have played an important part in the struggle and need to continue doing so.

While working at North Carolina, Escalante has focused on this topic of indigenous literature and social movements while also specifically looking more broadly at Central American literature and culture and post-colonial and subaltern studies theory in the Latin American context.

He has written and edited a number of books, including his most recent, "Maya Nationalisms and Postcolonial Challenges in Guatemala: Coloniality, Modernity and Identity Politics."

Escalante is also currently writing a book that is tentatively titled "Before and After Genocide in Guatemala: Rebuilding the Maya World Through Literature (1961-2011)."