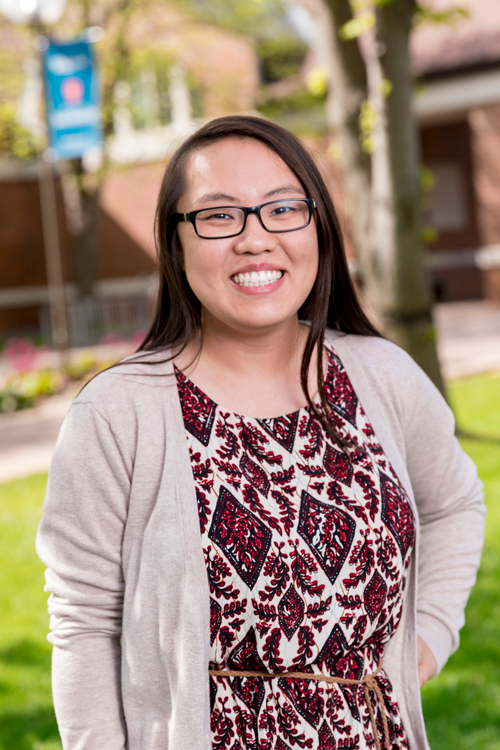 Mai Ka Lia Vang, better known by her friends and family as Kalia, has grown up listening to her parent’s stories about their time as refugees in Thailand.

Now a 2017 graduate of the College of Saint Benedict, she’s able to live out that dream and re-trace her roots. Vang received a Fulbright English Teaching Assistant to teach English in Thailand for the 2017-18 school year.

When she found out about the award, choosing Thailand was second nature.

Vang’s parents are originally from Laos, but in the 1970s they fled because of a civil war that had broken out in the country. Neighboring Thailand became their second home before immigrating in 1987 to St. Paul, Minnesota (she is a graduate of Johnson High School). Remembering those events helped Vang choose where she would spend the next year of her life.

“Growing up my parents always talked about Thailand. They talked about how Thailand opened up their borders to them. Thailand just kind of accepted them. That Thailand is just a beautiful country with wonderful people. It was through those little stories that my parents would talk about…it’s kind of why I want to visit Thailand to see the second home that my family came from,” Vang said.

During the fall semester 2015, she studied abroad in China and spent a weekend volunteering and teaching English to a school in Sichuan. After China, Vang post traveled to Sapa, in northern Vietnam where she volunteered for Ethos, a social enterprise that works with women who were sex trafficked into China. While there, she worked in the enterprises education program teaching women and children English.

Vang, who is fluent in English and Hmong, has also translated for her parents her whole life.

These experiences helped motivate her to continue her teaching journey in Thailand, and ultimately conduct international aid work.

Vang, who majored in political science with a minor in Asian studies, is also looking forward to learning more about her Hmong culture while in Thailand.

“In the northern region of Thailand there’s a population of Hmong ethnic groups, and I want to travel up there to visit just to see how their life has been transformed since the war and if they’re affected by the war at all,” Vang said.

She’s excited to start her journey, but the excitement doesn’t come without nerves.

But Vang keeps a positive outlook and hopes to learn more about herself through her journey.

“It’s more of a spiritual thing for me. You know, see how much I’ve grown spiritually.” Vang said.

Vang will find out her teaching placement in June and will leave for Thailand on Sept. 21.

In the last four years, 23 students or graduates from CSB and Saint John’s University have earned Fulbright ETA awards.