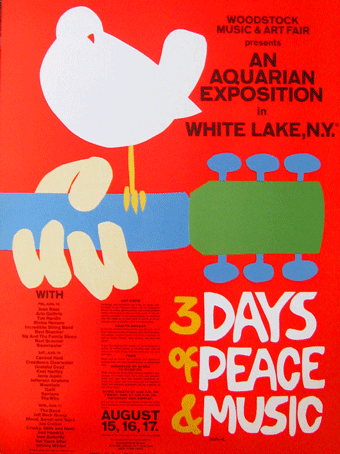 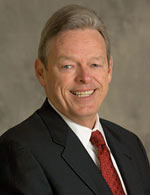 Editor’s note: On Aug. 15-18, 1969, more than 400,000 people gathered at Max Yasgur’s farm near White Lake in Bethel, New York, to hear 32 performers at what became known as Woodstock. One of those in attendance was Joe DesJardins, professor of philosophy at the College of Saint Benedict and Saint John’s University. DesJardins sat down with Mike Killeen to talk about his experience at the concert – to the best of his memory 50 years later.

Q: Why did you decide to go to Woodstock?

A: I attended Woodstock with four friends. I had just graduated from high school, and like all my friends, was working long hours to earn money to pay for college - we were all blue-collar families. A couple guys worked second shift in a local factory, one guy worked overnight loading UPS trucks, and I worked six days a week in a sawmill and lumberyard. So, by mid-August, as our summer jobs were ending, we were just looking for a break from work before heading off to college.

Q: How did you get to the concert site?

A: We planned to leave from our Connecticut home on Thursday after work – my friend Dan picked me up in his old, beat-up AMC Rambler station wagon. When my father saw that, he offered to let us drive his new 1969 Pontiac Bonneville red convertible, thinking that Danny’s car would not be safe to drive on such a long trip - it was only about a four-hour drive, but in those days for us that seemed like travel to a foreign country. So, off we went in the Bonneville.

Q: What preparations did you make for the weekend?

A: My memory is that we threw some sleeping bags in the trunk, and maybe one old tent – but truth be told, there wasn’t a lot of forethought or planning.

Q: What was the traffic like approaching the venue?

A: Even before we exited the highway in New York, we found ourselves in bumper-to-bumper traffic in a very rural area. That is when we first had a hint that something strange was going on. Once we exited, the traffic jam along a country road that was still miles and miles from the concert site had a real festive atmosphere: people were out of their cars, visiting, playing guitar. This is where my father’s convertible came in handy! Well after dark, we reached an area where cars were simply pulling off the road and driving into fields. We did the same and pulled into an open field across the street from a little general store. Remember, this was before Google maps, and there were nobody to guide or direct traffic, so we didn’t exactly know where we were.  I remember wandering around a bit, but we were exhausted after having worked that day, so we just called it a night – a couple guys set up the tent, a couple of us slept in the car.

A: We wandered the area, discovered the stage was maybe a 20-minute walk from the car and bought some food from the soon-to-be empty general store. I don’t remember what we ate or what food we bought, but it would be the last food we would have for a while. We also learned that it was now a free concert, and the tickets that we had bought - $18 for three days - were unnecessary. For the record, $18 was about what I earned in one full day at the sawmill - $2 an hour, so that was a lot of money; months later, the New York state Attorney General required the concert promoters to refund that money, so I sent in my ticket and got the $18 back!  I so wish I had kept those tickets! But $18 was a lot of money!

Q: When did the music start?

The first music started late Friday afternoon at 5 p.m. I remember sitting on the top of the hill listening to Richie Havens, followed by Swami Satchidananda, who gave an invocation. My memory is that we left the stage area to wander during the next few sets because we really didn’t know the groups. A couple of us came back later for Tim Hardin, stayed through Ravi Shankar and for a song or two by Melanie. My memory is that we did not know the schedule of performers – whatever schedule existed had fallen apart. By then it was pretty late (almost midnight) and we decided to head back to the car to find the other guys and maybe some food. . . . so we missed Arlo Guthrie and Joan Baez, who performed well after midnight! My memory is that it had been raining off and on throughout the day, so by then we were fairly miserable – tired, hungry and wet. We had a miserable night trying to sleep – the Pontiac wasn’t big enough for all of us, the tent was hardly waterproof and the surrounding field was getting muddy.

Q: Did those conditions change the outlook of the group?

A: By Saturday morning, a couple guys wanted to leave – admittedly we were not having a lot of fun – my memory is that we stayed around for part of the afternoon. I won’t swear to it, but I have always thought that I saw the Incredible String Band and John Sebastian – both of whom performed on Saturday afternoon. We had spent the day wandering around the festival site, but by early evening we decided to leave – I don’t remember what if anything we ate, but I do remember being wet, dirty and tired. It was hot and humid, with occasional rain showers and thunderstorms.

But of course, we were 18 and this was the last weekend we would be together before heading off, so rather than heading home, we decided to drive to Boston where a friend had just finished his first year in college and had an apartment! Again, we sat in a long traffic jam leaving the area - lots of people were leaving, but eventually we made it to the New York Thruway and drove to Boston - probably a four-to-five hour drive.

Q: When did you realize that you might have been part of something special?

A: It was only when we got up on Sunday morning and saw the news that we learned that we had been a part of anything out of the ordinary: what we had thought of as just a music festival had become “Woodstock!” All the Sunday newspapers and television stations were featuring stories on this big hippie music festival. I remember that we called home to let our parents know we were OK. Other than some mud and dirt, the Pontiac had survived! We spent much of the day following the news coverage and arguing over whether or not we should have stayed. (Editor’s note: DesJardins and his friends missed hearing the Grateful Dead, Creedence Clearwater Revival, The Who, Jefferson Airplane, Joe Cocker, The Band and Jimi Hendrix, among others.)

Q: Do you believe that most people attending the concert knew something special was happening?

A: In my experience, the cultural phenomena that was “Woodstock” was not apparent to most of the people who were there – that was the narrative that emerged in the days, weeks and months later. People who attended the festival had little or no way to communicate with the outside world. There were no cell phones, only a few pay phones in the entire area and maybe some transistor radios here and there, and most only AM stations at that, few of which reached such a remote area.

For me, the actual experience of Woodstock was very different from the meaning of Woodstock. The experience was hunger, mud, rain, being tired, lots of crowds and some terrific music but a lousy sound system. People were friendly and laid back, so while everything was totally disorganized, it was not chaotic or really stressful. But we didn’t feel as if we were a part of a “movement” – I think we actually thought that the counterculture period was already ending. The hippie and counterculture of the flower people was much more 1967 than late 1969.

Q: Was this the last blast of the hippie movement?

A: While I wouldn’t say that we were especially political or full-fledged members of the counterculture, in the summer of 1969 it was hard not to be affected by the previous two to three years of anti-war, civil rights and counterculture movements. Rather than the happy-go-lucky, flower-power, hippie, stoned, free love psyche of 1967, I think we were more cynical by late 1969. If anything, many people headed to Woodstock to try to recapture something that they sensed had already ended.

Importantly for all of us, we all had a one-year college deferment from the draft, and we all knew that all deferments would end in a few months. We would all be taking our chances in the first draft lottery (on Dec. 1, 1969), so that was never far from our minds. Our futures were on hold as we waited for a number to be pulled from a lottery: a low number and you were certain to be drafted and sent to Vietnam, a high number and you would stay in college, something in between, and you would be in limbo for a year waiting to see if you would be called up. I think we all felt a real sense of disaffection – by then it was clear that President Richard Nixon had lied when he promised a secret plan to end the war in Vietnam if he was elected.

The optimism associated with the summer of love had come crashing down in the previous 18 months – Martin Luther King and Robert F. Kennedy assassinated, the Democratic convention riots in 1968 in Chicago, big city riots across the country, the never-ending war in Vietnam. Across the entire country there had been a real backlash against the anti-war, counterculture movement. Hippies vs. soldiers; protesters vs. police; blue collar workers vs. college students. “Love it or Leave it” was a popular bumper sticker. As Crosby, Stills, Nash and Young sang on “Déjà Vu,” “We have all been here before.” So for us there was some sense of heading off to a weekend escape – from dreary jobs especially, and but also as a last-time get-together for the guys before we headed off in different directions with none of us sure what the next few months would hold.