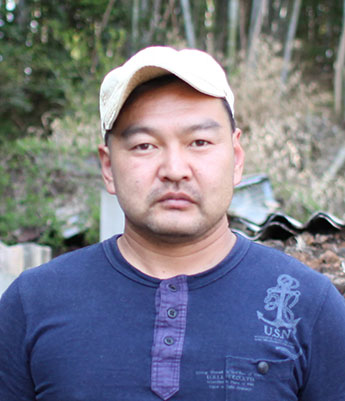 Akira Koie has been selected as the first recipient of the Mary Griggs Burke Fellowship for Japanese Artists at the Saint John’s Pottery.

He will create ceramic artwork during a 4½-week residency Sept. 26 to Oct. 24 at Saint John’s.

Koie, a ceramicist from Tokoname City, Japan, has worked on the construction of a number of kilns in South Korea and Japan, including the restoration and firing of an ancient kiln at Aichi Prefectural Ceramic Museum. His work has been included in several cross-cultural exhibits examining the relationship between South Korean, Japanese and Chinese ceramics.

“Akira Koie has demonstrated in his creative work in the humanistic and eco-mutual relationship in clay-making,” said Richard Bresnahan, artist-in-residence at the Saint John’s Pottery. “His understanding of natural materials makes him a wonderful choice to be the first Mary Griggs Burke Fellow.”

Burke was a St. Paul native who amassed the most comprehensive private collection of Japanese art outside Japan, and was a pioneer of nature conservation in both countries. In 1987, Burke was awarded Japan’s prestigious Order of the Sacred Treasure. Upon her death in 2012, her collection was given principally to the Minneapolis Institute of Art and the Metropolitan Museum of Art in New York City.

The Saint John’s Pottery embodies the Benedictine values of community, hospitality and self- sufficiency as well as SJU’s commitment to the integration of art and life, the preservation of the environment and the celebration of diverse cultures. For more information, contact Ryan Kutter, Studio Manager, at 320-363-2930.