Written essays are a traditional hallmark when it comes to the study of history – whether they be on presidents, movements or revolutions.

But Brittany Merritt, a visiting assistant professor of history at the College of Saint Benedict and Saint John's University, with the help of Adam Konczewski, an instructional technology specialist at CSB and SJU, have found a mode perhaps more in touch with the preferences of students in the 21st century.

Merritt implemented podcasts in her history classes beginning in 2018, and successfully continued to do that with her “Europe Since 1750” class (History 142B) during fall semester – which included block scheduling and both in-person and hybrid learning

“It’s a great story how faculty use innovative pedagogy during this COVID-19 times and deliver a quality education,” Konczewski said.

“Creatively given the freedom to create a podcast concerning European history was much more fun to do than writing several essays,” said Jakeline Ambriz, a CSB sophomore from Anoka, Minnesota, who is undecided on a major. “Not only was it fun to do, but it also was something different. Most classes like this tend to assign multiple essays that can be become overwhelming.

“Switching it up (to) something more like this, encouraged us to work as teams and effectively kept us fully engaged in the topics that we discussed in the entirety of this course,” Ambriz added.

“This project was so much better than writing an essay,” said Wesley Froehle, a first-year student from Dupont, Washington, who is a music major at SJU. “Everybody writes so many essays in school, and it is so refreshing to do a project like this instead. It’s fun, we get to research whatever we want, and it’s fun to listen to what other people were able to come up with.”

“Podcasting assignments give students another avenue to communicate their scholarly research to a general audience,” Konczewski said. “It can also be an extension of their learning experience.”

That was exactly Merritt’s intent.

“When I first arrived at CSB and SJU in 2017, I was looking for new ways to engage my students who expressed boredom with doing similar essay assignments over and over,” Merritt said. “I wanted to find a way to help them continue practicing the important skills of essay writing and research, but in a way that was more interesting and relevant to the kind of communication that they would be doing in their future careers.

“I experimented with a number of research projects, and worked with Adam to develop a video project for FYS. The video project was so successful that I wanted to adapt it for my larger history courses, and doing a podcast required less equipment but still achieved many of the same results,” she said.

“In many ways we were in uncharted waters at this point, as few instructors were using podcasts and Instructional Technology had only started discussing the idea. Together, Adam and I brainstormed the steps and timeline for the project. He handled the technical side, while I developed the research and writing aspects of the assignment,” Merritt added.

Konczewski is instrumental in training Merritt’s students in recording and editing the podcasts. He visits her classes several times whenever she assigns a podcast project - first for initial brainstorming, then a podcast lab day when he trains students how to record and edit their podcasts using their phones and a software program call Audacity (Zoom was used during the fall semester class).

“Most of the podcasts are short, between five to 10 minutes, and speak to a general audience,” Konczewski said. “Students need to become very skillful at editing their own work, they need to write a script, do scholarly research and think critically how to communicate – sometimes very complex concepts – in a simple and accessible language.”

So, how does this all work?

For the European history class, students were formed into teams of three and they picked a topic from that time period. The teams quickly learn how to divide the work and collaborate while finding a primary source to use, as well as several other scholarly sources. Students use these sources to write a script, in which they advance and defend an argument about their topic before recording the podcast itself.

“In doing (the podcasts), they learn the skills of historians, they gain deeper knowledge about an area of history that interests them and they also get to teach me and their peers about a topic that they have researched deeply,” Merritt said. “Students reflect that this project helps them develop important skills for later in their careers, as they learn how to work with others in a team, research and analyze information and present their findings to an audience.

“They also have to figure out how to distill the most important aspects of their very complex topics for a brief (five-minute) presentation, which is an important communication skill required for many professions,” Merritt said. “In comparison to an essay, a podcast script more closely resembles the kinds of presentations that students might be making later in their careers, while still allowing them to practice essential essay skills like developing and defending an argument, and writing and communicating clearly to an audience. Students still write quite a bit for this project—it’s just a different kind of writing than what they are used to doing in most classroom settings.”

“I would rather do a project like this because it is a nice way to switch it up,” said Ella Karst, a CSB junior who is a psychology major from Shakopee, Minnesota. “Most college classes are essays or test-based and having this project made it a good switch and I loved working as a group to get multiple perspectives.”

“I’ve written so many papers in college – and let’s be honest – they aren’t that exciting to write. Creating a podcast is something I’ve never done and I thought it was fun to create a script and try something new,” said Ryan Koob, an SJU junior who is an accounting major from Lino Lakes, Minnesota.

Several other history, political science, sociology, theology, chemistry and Spanish professors at CSB and SJU are assigning podcasts in their classes. The podcast assignment also helped provide a model for research projects that all history students will do in the new 200-level Thematic Focus courses in the Integrations Curriculum.

“Podcasting is very flexible and can be adapted to almost any discipline,” he said. “Podcast projects allow students to think critically, creatively and with complexity. One of our goals is for students to approach problems in integrative ways from multiple perspectives and apply and communicate information based on their research. A podcast project experience will give students opportunities to engage in reflective learning, analytic inquiry, problem solving, creativity and communication.”

“The project helps students remain engaged and excited in class. They are able to research a topic that interests them, be creative, work with others and learn from each other as well as from their professor,” Merritt said. 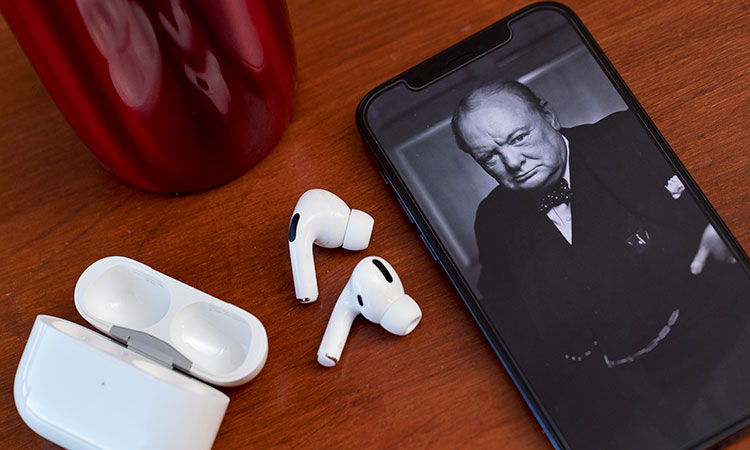