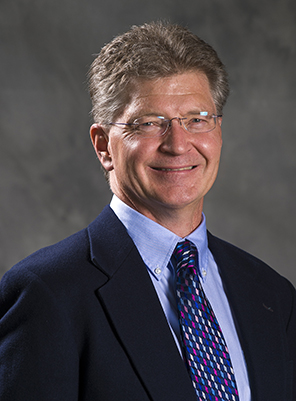 Michael Hemesath, president of Saint John’s University since 2012, will step down as president, effective on Aug. 1, 2019.

Hemesath leaves the university in a strong financial position, having achieved a balanced budget in each year of his tenure. In addition, under his leadership the university experienced a number of notable accomplishments including the renovation of Alcuin Library and the construction of the Dietrich Reinhart Learning Commons and The Saint John’s Bible Gallery, the expansion and renovation of SJU's athletic facilities, the successful completion of the Forward Ever Forward capital campaign, a smooth transition to lay leadership, the continuing commitment to Catholic and Benedictine values, a deep commitment to the enduring value of a liberal arts and sciences education, a new reunion model, and a strategic re-envisioning of the School Theology and Seminary.

“It has been the greatest privilege and honor of my academic life to serve my alma mater and this community for the last seven years as Saint John’s first lay president,” wrote Hemesath in an announcement to the campus community. “Thank you to each of you who have helped make this experience so exceptional for me and my family.”

Dan McKeown, newly-elected chair of the SJU Board of Trustees, said, "In recent months, I have had several long and productive conversations with President Hemesath about the university, our future and his plans. Out of these conversations came the mutual decision for Michael to step down as president. He is planning on taking a well-deserved sabbatical in August. With that schedule, it makes sense to him and the university for him to end his term as president at that time.”

McKeown said Saint John’s will be building on a strong foundation in its search for a new president. “We are financially stable, we have a dedicated and loyal alumni and donor base and we have a reputation for excellence among liberal arts universities. President Hemesath has contributed to all these strengths. We now have the opportunity to be deliberate in selecting a president who will be as innovative as the challenges of the future demand and the opportunities create,” McKeown said. The board will select an interim president while it determines the best course to recruit a permanent replacement.