For the past seven years, Kathy Hansen has served past, present and potential Bennies as the College of Saint Benedict’s vice president of institutional advancement (VPIA). She has led fundraising, alumnae relations and stewardship efforts, as well as providing essential support for the president and the board.

Her leadership led to the overwhelmingly successful conclusion of the Illuminating Lives campaign, which raised $113 million and helped to more than double the college’s endowment. She secured the $10 million gift that created the Fleischhacker Center for Ethical Leadership in action, as well as a second eight-figure gift that will be added to the college’s endowment.

Her leadership of her team, passion for creating opportunities, and commitment to diversity, equity, inclusion and justice have made Saint Ben’s better and stronger. But her love of family, anticipation of the arrival of her fifth grandchild, and desire to spend more time with her aging parents make now the right time for retirement. She will be missed.

She leaves with peace of mind, knowing the VPIA role will be in the capable hands of Heather Pieper-Olson.

Heather holds bachelor’s degrees in anthropology and Spanish from the College of Charleston (where she was a three-time captain of the Division I volleyball team) and a Juris Doctor from the University of Minnesota Law School. A dual citizen of the United States and Mexico, she was appointed to serve as a counselor attorney to the Mexican Consulate in St. Paul during her tenure as a litigation associate at Gray Plant Mooty.

She joined the Institutional Advancement team at Saint Ben’s in 2008 and has served in ever-increasing leadership roles. Since 2010, when Heather was named director, annual giving revenue has increased by a remarkable 43%.

In 2014 Heather stepped in as the interim VPIA during the search for Kathy Hansen. During that 11-month transition, she provided support and counsel to then-President Mary Dana Hinton (during Hinton’s inaugural year), guided her team members and managed the early stages of the Illuminating Lives campaign.

By 2015, Heather was named associate vice president of institutional advancement, and has grown in that role since. She continues to also serve Bennies as a volunteer assistant coach for the perennially nationally ranked Saint Benedict volleyball team. 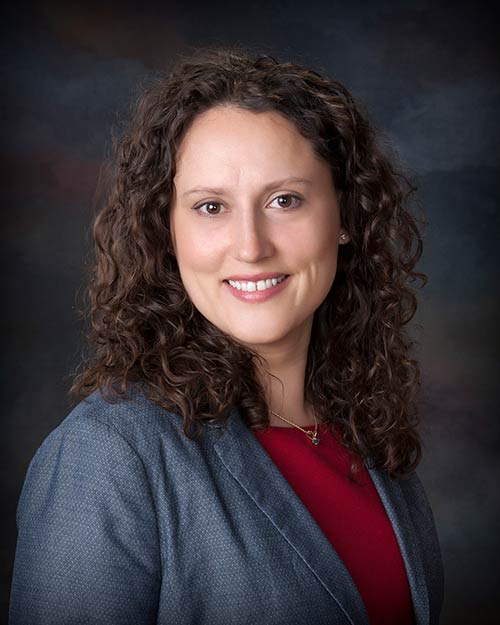