Jon Hassler, Regents Professor Emeritus of Fiction, passed away on Thursday, March 20 at Methodist Hospital in St. Louis Park, Minn. Hassler graduated from Saint John’s University in 1955 and was appointed writer-in-residence in 1980 until his retirement in 1997. He was a nationally respected author of novels, plays and nonfiction and received the Colman Barry Award for Distinguished Contributions to Religion and Society from Saint John’s University in 2003. 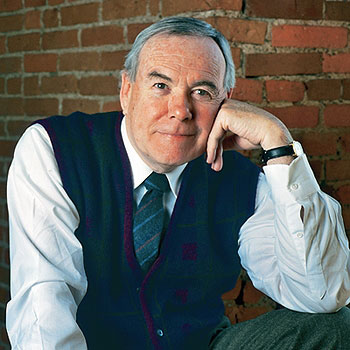 "The Saint John’s University community is mourning the loss of Jon Hassler. There is no doubt that Jon was one of this country’s great storytellers – a Minnesota voice whose plots and people, while they came to us from small and out-of-the-way places, spoke to all of us, whatever our life experiences. His themes were not limited by time and place – they were about our struggles with choices between good and evil in their everyday manifestations. Jon showed us that we do have choices, and that they are important, no matter how restricted our realm. And with his loving heart, discerning eye and keen sense of humor, Jon made us laugh while we absorb these serious lessons."