Fulbright winner Hannah Long '20 is a fan of small cities

Editor’s note: This feature story on Hannah Long is the third of four stories that will appear this summer on the CSB/SJU website featuring graduates who received awards from either the Fulbright U.S. Student Program or the Fulbright Austria-United States Teaching Assistant program.

But Hannah Long will always veer toward the charms of a smaller community.

“I don’t think a big city is a place for me,” said Long, a 2020 graduate of the College of Saint Benedict. “I don’t thrive (in a big city) as well as I did in St. Paul Park (Minnesota, her hometown) or in St. Joseph.”

The Fulbright U.S. Student Program, sponsored by the Department of State and the J. William Fulbright Foreign Scholarship Board, places recent college graduates as English Teaching Assistants in schools and universities overseas. The ETAs improve international students’ English abilities and knowledge of the U.S., while enhancing their own language skills and knowledge of the host country.

More than 14 million (or roughly 22% of the total population of Thailand) live in the Bangkok metropolitan region.

“Bangkok is Thailand’s central city, so a lot of people from all over the world are there. It’s a big city. They say it’s a little chaotic,” Long said.

That’s why she’s happy that she will be living outside of Bangkok at a yet-to-be-determined city during her year-long stay in Thailand.

“I think about how I lived in St. Joseph for four years, and I truly felt like I was part of that community,” said Long, who spent the past year teaching first- and second-graders at Modern Montessori Charter School in Champlin, Minnesota. “Then I come down to Minneapolis, and it’s like, ‘Who am I? Where is my place here?’ It’s crazy. It’s big. So, I’m looking forward to that smaller community feeling.

“I’m really interested in getting to know the people in those areas, more smaller towns than in Bangkok,” she said. “I like that. I like communities. I’m really excited to be part of a community. I hope COVID-19 doesn’t affect that too much.

“I’m also looking forward to sightseeing. I love to hike, I love to do water activities, I like to snorkel. I like really anything outdoors. I’m pretty adventurous,” Long said.

Two friends helped Long nail down her decision to go to Thailand.

Leah Kellogg grew up with Long in St. Paul Park, but has taught in Thailand for several years now.

“She was someone I reached out to just to understand what the COVID restrictions are like there. I didn’t want to leave the pandemic (in the U.S.) and enter another one (in Thailand),” Long said.

Another person Long consulted was her cousin, Melissa Johnson, who used to live in the southeastern Asian country.

“She’s someone that I’ve been talking to a lot more about life in Thailand and what to expect with their culture,” said Long, who spent a week with Johnson when she studied abroad in South Africa in 2019. “I recently told her that I was thinking about going to Thailand, and she was really excited about that.

“We did a lot of comparisons between Thailand and South Africa when we talked, and I learned some things. Safety is a big factor, and she told me that Thailand actually is probably safer than South Africa, so that was nice to know going into it, just for being a girl alone.

“She thinks I’m going to love it. She said the people there are really nice, very welcoming. They’ll be excited to meet me. The food there, she said, is phenomenal, and you’re going to love their pad thai,” Long said.

Of course, she is quick to add that CSB and Saint John’s University were her pathway to the Fulbright.

“They (the schools) set me up for this,” Long said. “I think if I had not gone to Saint Ben’s and Saint John’s, I don’t think I would have sought out this opportunity. I was able to get a lot of support from the community, different professors and people who work with Fulbright.

“Matt Lindstrom (professor of political science) actually taught me a lot about navigating foreign countries as an American. He was my study abroad (faculty leader) in South Africa, and I have the things he taught me in the back of my head. It’s making me excited and making me feel like I can really live it out to its fullest (in Thailand).”

Interestingly, Long does not know Thai, the official language of the country. It was not a requirement of a Fulbright winner.

“They actually prefer their assistants not to know the language because it forces the students to work a bit harder to learn English to communicate with their teacher,” Long said.

But the elementary education major at CSB has found one more source of learning for her trip.

“I took ESL (English as a Second Language) courses at Saint Ben’s, and I still have those books, I have the papers, I have everything from that. I actually find myself going back to them now and reading them again and learning again. So that’s been really helpful.”

CSB and SJU students interested in applying for a Fulbright Award for the 2022-23 academic year should contact Phil Kronebusch, professor of political science and coordinator of Competitive Fellowships at CSB and SJU, or Lindsey Gunnerson Gutsch, director of Undergraduate Research at CSB and SJU. 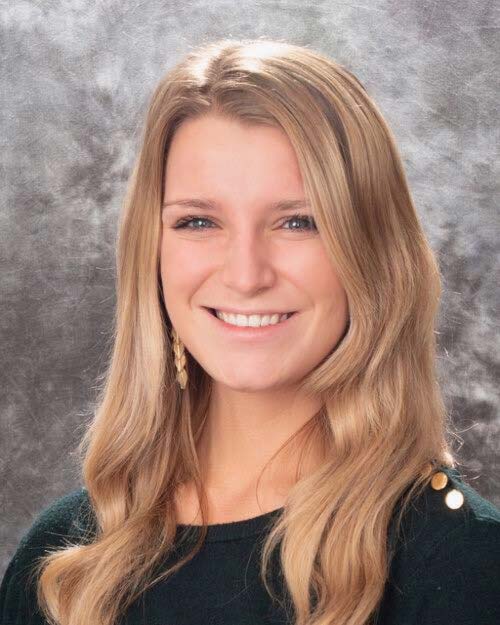