Two May graduates from Saint John’s University, Collegeville, have received Fulbright commissions to work in South Korea and Austria.

In addition to those two awards, John Hasselberg, associate professor of management at the College of Saint Benedict and Saint John’s University, has also been awarded a Fulbright Lecturing/Research grant in Sweden for the 2009-10 academic year.

For Nadeau, it marks a definite homecoming.  He is a Korean adoptee who was brought up in Minnesota.

“Living in my birth country for a long-term period will be exhilarating, but at times exhausting, too!” Nadeau said. “I think all adopted people, and transnational adoptees in particular, have questions about their past that don’t allude to ready-made answers. While in Korea, I expect that I will sometimes feel frustrated as I attempt to maneuver my way into Korean culture. But I feel privileged to take this next step forward, and to experience my birth country through such a reputable program as the one Fulbright offers.”

He is preparing for his trip by taking an intermediate Korean language and Korean literature and film classes at the University of Minnesota – “both are preparing me to encounter Korea’s language and living history on a daily basis,” Nadeau said.

In addition to his teaching assignment, he says he looks forward to “living with my host family, improving my Korean skills and continuing to practice traditional Korean percussion, which I began learning in 2006.”

During his two-month winter break, Nadeau will be working as an intern for Global Overseas Adoptees’ Link, a non-governmental organization in Seoul that provides services to adopted Koreans returning to their birth country. He also hopes “to climb a few mountains, see the ocean and survey Korea’s wide variety of linguistic dialects, art forms and of course, kimchi.”

“At the school (gymnasium), I will have responsibilities of an English-teaching assistant, helping the teacher with activities and engaging the students in conversational dialogue,” Mevissen said. “I hope that I will have the chance to lead the class in lessons once in a while, and perhaps help students with English-related homework.”

While attending SJU, Mevissen made two study abroad trips – to Salzburg, Austria, as a sophomore, and to Cannes, France, as a junior. Mevissen’s experience isn’t unusual – 55 percent of SJU students from the Class of 2008 studied abroad.

“Both experiences, while radically different, expanded my international awareness as they exposed me to a variety of cultural nuances,” Mevissen said.  “In Austria, I struggled initially with the country’s dialectic differences, which are sometimes difficult even for other Austrians to understand. That semester prepared me for another year of living in Austria, as I already feel comfortable in the culture and with the people.”

Mevissen plays the violin, and would like to find a community orchestra to perform with while in Austria. He also wants to get involved in his community.

“I certainly believe that my life outside the classroom will be just as rewarding as I immerse myself in the Viennese lifestyle and go about my day-to-day business in the European context of living in a different country,” Mevissen said. 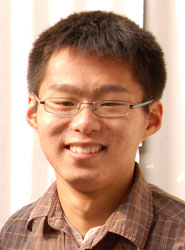 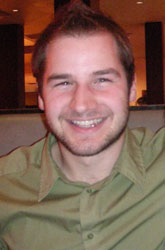