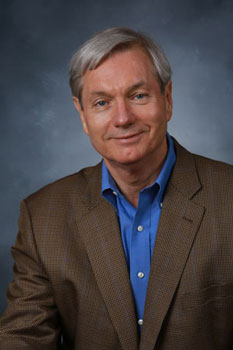 Osterholm will deliver his remarks, "Infectious Diseases of the 21st Century: A New World Order," at 7:30 p.m. Tuesday, Sept. 29, in Pellegrene Auditorium in the Peter Engel Science Center, Saint John's University. The event is free and open to the public.

Osterholm is the McKnight Presidential Endowed Chair in Public Health, director of the Center for Infectious Disease Research and Policy, and Regents Professor at the University of Minnesota. He is a member of the National Academy of Medicine, the Council of Foreign Relations and the National Science Advisory Board on Biosecurity. He is an international leader on public health preparedness for infectious diseases and the use of biological agents as weapons targeting civilian populations, and he is the author of more than 325 papers and abstracts, including 21 book chapters.

He is widely recognized as a dynamic public speaker with a gift for making science accessible to all. Further information can be found on the University of Minnesota website.

The Ford Lecture Series addresses contemporary and cutting-edge scientific topics while encouraging students and the public to become more conversant with the relevance of science in our everyday lives.

The Ford Lecture Series is made possible through the generous support of a Saint John's alumnus who wanted to honor one of his favorite and most inspiring professors, Norman Ford, professor emeritus of biology. Ford taught from 1967 until his retirement in 1998 at CSB and SJU, and received the Robert L. Spaeth Teacher of Distinction Award in 1998.

Ford will return to campus for the lecture and will be honored by Interim Provost Richard Ice prior to Osterholm's remarks.