Ever since Matt Logelin first wrote “Two Kisses for Maddy: A Memoir of Loss and Love,” the 2000 Saint John’s University graduate has had discussions about turning his book into a movie.

The powerful 2011 work grew out of Logelin’s well-read blog, which recounted his day-to-day experiences and challenges as a single father following the tragic death of his wife Liz, who passed away after suffering a pulmonary embolism the day after giving birth to the couple’s first child in March 2008.

Even before it was published, there was interest in bringing his story to the screen. But Logelin wasn’t entirely convinced that interest would translate into reality.

“It’s always been something off in the distance,” he said. “So I haven’t given it a lot of day-to-day thought over the years. In the back of my mind, there was part of me that thought it would never actually happen.”

But now it finally has.

Not only that, but the film, entitled “Fatherhood” with superstar comedic actor Kevin Hart portraying Logelin, was a smash when it debuted on Netflix over Father’s Day weekend in June – becoming the most popular title on the streaming service that week.

Interest was so great, according to Variety, that Netflix estimated around 61 million households would see the movie – or at least a portion of it – over its first four weeks of release.

“I’m really honored by what they’ve done with my story,” said Logelin of the film, which was directed by Paul Weitz (who with his brother Chris directed such films as “American Pie” and “About a Boy” and who himself directed movies like 2010’s “Little Fockers”).

“They made some changes, but they were all done in the service of the story. Books are read one way and movies are watched in another. If they had done the movie in exactly the same way it was written in the book, it would have been hard to watch.

“So they did a great job of making it into something that works in that form.”

Logelin was especially pleased by the involvement of Hart, who not only stars in the film, but was one of its producers through his HartBeat Productions company.

“When I started reading this script, I was immediately touched and brought to tears,” Hart said in a statement. “At HartBeat, we seek to provide the audience with stories that evoke true emotions and this story does just that. Our hope is to bring honor to the Logelin family, and we are thrilled to be working with Sony, Paul (Weitz), Temple Hill and Free Association on such an incredible project.”

“It’s taken my story, which is kind of universal – love, loss, birth – and allowed it to be told from a different perspective,” said Logelin, who is white, of Hart, who is African American.

“I know – because he’s said this – that it was really important to Kevin to provide a positive depiction of black fatherhood. And this movie does that. To see one of the biggest stars in Hollywood give a performance like he does has been really amazing.”

Logelin said he and Maddy, who is now 13, were able to spend a week on-set in Montreal during filming.

“For a couple of scenes, I was sitting with the director and he asked me if it felt authentic,” he said. “If it really felt like what I’d experienced. That was really nice because one line we talked about actually ended up being put in the movie.”

Logelin also said Hart could not have been kinder to both he and his daughter.

“Maddy and I were on-set, and we were in the area where all the food is set up and where makeup and wardrobe are located, when we got a message saying Kevin wanted to meet us and he didn’t want any cameras around,” Logelin said.

“He just wanted it to be himself and us. We did that and it was such a good thing. He told us what it meant for him to be playing me, and how he hoped this movie would honor our family. Here is one of the biggest stars in the world. I really didn’t expect him to take the time to do that. And if he hadn’t, I would have been fine with it. I know how busy he is. But he did take the time and it was an incredible experience.

“He told Maddy she could ask him for anything and he’d make it happen. But all Maddy wanted was for him to make a video for one of her friends, which he did super-enthusiastically.”

Logelin has since remarried. He and his wife Lizzie Molyneux, a writer for such TV programs as “Bob’s Burgers,” still reside in Los Angeles. In addition to Maddy, they now have a two-year-old girl and a new baby on the way in October.

Last year, his 2000 SJU classmates and the SJU Alumni Association selected him as one of the recipients of the 2020 Alumni Achievement Awards.

Because of the COVID-19 pandemic, the class reunion for those who graduated in years ending with 0s and 5s had to be put off until this fall. It is now scheduled for Oct. 2.

Because of the impending birth of his child, Logelin will not be able to attend in-person. But he said he will be there in spirit.

“So many of my friends to this day are Johnnies,” Logelin said. “They’re great guys and great people who I still see all the time – especially when I’m back in Minnesota. I formed lifetime friendships with the people I met there. That’s one of the greatest things about Saint John’s – the connections you form. So I’m really honored to be receiving this award.”

At the moment, though, Logelin said he is just trying to soak in the experience of having his life – both its sorrows and its joys – portrayed in film.

“This is sort of a once-in-a-lifetime deal,” he said. “I know I’ll probably never go through anything like this again. So I’m just trying to take in as much as I can while it’s happening.” 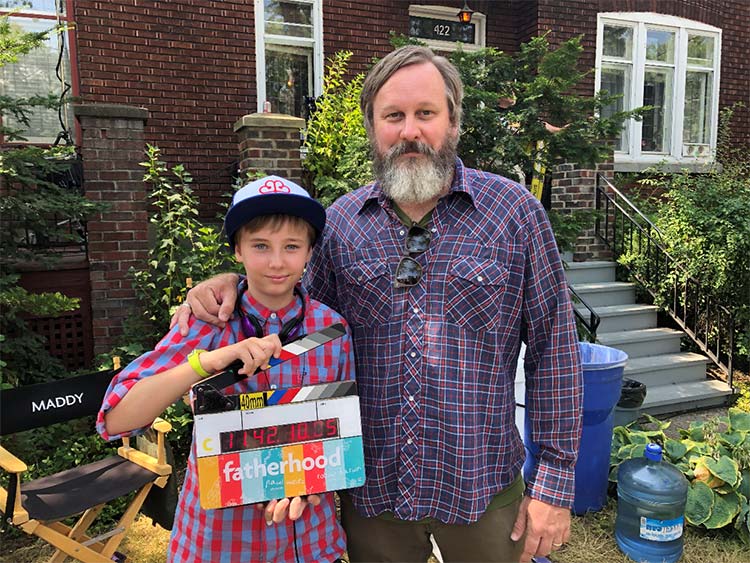 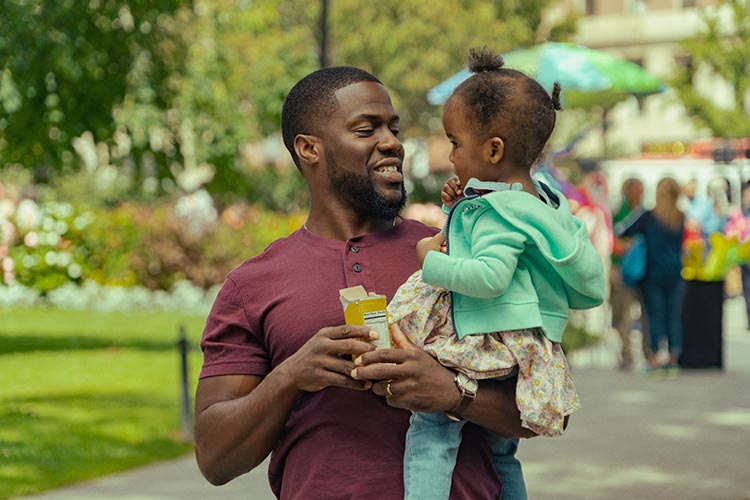