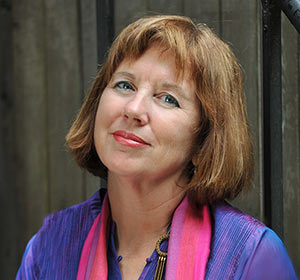 The Convert: A Tale of Exile and Extremism by Deborah Baker, who is the 2012-13 S. Mariella Gable Prize winner, has been selected as a finalist for the 2011 National Book Award in the nonfiction category.

Baker will visit the College of Saint Benedict during the 2012-13 academic year to receive the Gable Prize, an award given by CSB for an important work of literature published by Graywolf Press, Minneapolis. Graywolf and CSB's Literary Arts Institute have formed an innovative collaboration to explore new ways of promoting the literary arts on campus, to audiences in the surrounding area, and in the Twin Cities.

Gable's spirit inspires the Literary Arts Institute and all of its programs. Gable - a Dante scholar, poet, editor, writer and champion of new fiction - was an outstanding English professor who taught at CSB from 1928-1973. The Gable series has been supported by an ongoing grant from the Manitou Fund as part of the Warner Reading Program.

In addition to The Convert, Baker has also written In Extremis: The Life of Laura Riding, a finalist for a Pulitzer Prize; as well as A Blue Hand: The Beats in India. She divides her time between Calcutta, Goa, and Brooklyn, N.Y.

The National Book Awards recognizes the best of American literature, raising the cultural appreciation of great writing in the country while advancing the careers of both established and emerging writers like Richard Powers, Jonathan Franzen and Lily Tuck. Since 1996, independent panels of five writers have chosen the National Book Award Winners in four categories: Fiction, Nonfiction, Poetry and Young People's Literature.

The winner will be announced at the 62nd National Book Awards Benefit Dinner and Ceremony Wednesday, Nov. 16 in New York City. Each winner receives $10,000 plus a bronze statue; each finalist receives a bronze medal and a $1,000 cash award.