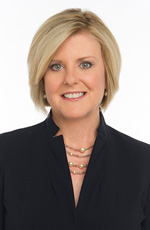 Anne Thompson, NBC News' chief environmental affairs correspondent, will deliver the address during the 97th annual commencement ceremony at the College of Saint Benedict at 2 p.m. Saturday, May 12, in the Clemens Field House/Haehn Campus Center on the CSB campus, St. Joseph.

During the ceremony, CSB will present its President's Medal to Coborn's Inc. Chairman of the Board Dan Coborn and his wife, Mabel. Allison Horton, a senior English major from Superior, Colo., will be the student commencement speaker. She was selected by this year's senior class.

Thompson began her career at NBC News in 1997 as a national correspondent, and in 2007 became the NBC News' chief environmental affairs correspondent. Her reports appear across all platforms of NBC News, including NBC Nightly News, Today, MSNBC and msnbc.com. Before joining NBC, she worked at TV stations in South Bend, Ind., St. Louis and Detroit, where she received seven Emmy Awards for her work.

In 2004, Thompson was awarded the Gerald Loeb Award for distinguished business and financial journalism for a series of reports concerning the jobless economic recovery and was also nominated for four business and financial news Emmys. In 2006, she was awarded the Gerald Loeb Award for the second time and was involved in the "Nightly News" team that won the Alfred I. duPont-Columbia Journalism Award and the Emmy Award for coverage of Hurricane Katrina.

Thompson, who was raised in Europe, received her high school diploma from the International School of Brussels, Watermael-Boitsfort, Belgium, and later obtained her bachelor's degree in American Studies from the University of Notre Dame, Ind., where she was elected to the board of trustees in 2010. 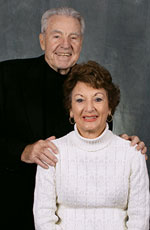 Dan Coborn's grandfather opened a single grocery store in Sauk Rapids, Minn., which has now grown into a multi-million dollar company with grocery and liquor store locations in six states and 6,700 employees. The Coborns are generous community philanthropists and have supported many organizations, mostly notably the Coborn Cancer Center in the CentraCare Health System. The Coborns have also held board and leadership positions in Wells Fargo Bank, Boys and Girls Club of Central Minnesota, CentraCare Health System, St. Cloud Hospital, Minnesota State Colleges and Universities Foundation and Central Minnesota Community Foundation. Dan Coborn was also a member of the CSB Board of Trustees from 1989-98.

The Coborns established the Coborn Family Scholarship Fund at CSB and SJU in 2004, which offers scholarships for Coborn's employees, customers and residents in central Minnesota and additional communities served by Coborn's stores.

The President's Medal is awarded to those members of the CSB community who have demonstrated extraordinary loyalty, dedication and service to the college and its mission of liberal arts education in the Benedictine tradition. Recipients receive a symbolic representation of the President's Medal that exhibits the seal of the college.

Past recipients of the award include Telzena Coakley, a retired educator from the Bahamas; Kathy Cooney, executive vice president, chief administrative officer and chief financial officer for HealthPartners and past chairperson of the CSB Board of Trustees; Tony Reveles, a guidance counselor from Bell High School in Los Angeles; and Tom and Joyce Schlough, owners of Park Industries in St. Cloud and community philanthropists.