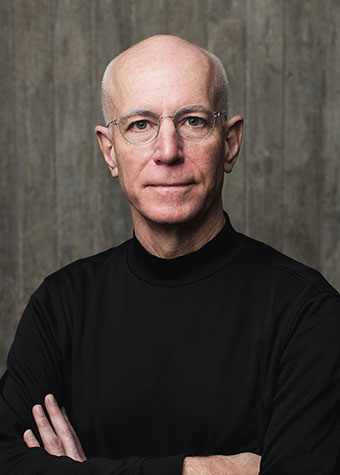 The Rev. Columba Stewart, OSB, professor of theology at Saint John’s School of Theology and Seminary and executive director of the Hill Museum and Manuscript Library, was recently named a Phi Beta Kappa Society Visiting Scholar for 2019-20.

Stewart was also named the 2019-20 Phi Beta Kappa-Frank M. Updike Memorial Scholar. The designation is awarded to a “distinguished scholar in the humanities, especially one who is prepared to address intercultural relations.”

Since 1956, the Society’s Visiting Scholar Program has been offering undergraduates the opportunity to spend time with some of America’s most distinguished scholars. The purpose of the program is to contribute to the intellectual life of the institution by making possible an exchange of ideas between the Visiting Scholars and the resident faculty and students.

“Having been a member of one of the original Phi Beta Kappa chapters at Harvard and in recent years helping to establish a chapter here at the College of Saint Benedict and Saint John’s University, I’m delighted to serve PBK’s mission as a visiting scholar and to serve our community as an ambassador to colleges and universities across the country,” Stewart said.

Each year, members of the Committee on the Visiting Scholar Program select top scholars in the liberal arts and sciences to travel to universities and colleges where Phi Beta Kappa chapters are located. Visiting Scholars spend two days on each campus meeting informally with undergraduates, participating in classroom lectures and seminars, and giving one major lecture open to the academic community and general public.

The 2019-20 Visiting Scholars will make over 100 visits during the academic year, with the majority of them participating in the podcast “Key Conversations with Phi Beta Kappa.”

“Saint John’s University is tremendously pleased and proud Fr. Columba Stewart has been selected as a Phi Beta Kappa Visiting Scholar,” said SJU President Michael Hemesath. “The Phi Beta Kappa Visiting Scholar program is designed to recognize individuals who are both world-class scholars and great communicators to non-professional audiences. Fr. Columba is one of these rare individuals.

“As the Executive Director of HMML and a faculty member in the SOT, Fr. Columba plays a central role in two of the important missions of the University. His selection as a PBK Visiting Scholar recognizes both of those roles. Fr. Columba is a scholar of the first order, as well as an exceptional teacher.”

A graduate of Harvard, Yale and Oxford universities, Stewart has published extensively in his research field of early Christian monasticism. In 2009-10, he was the recipient of a year-long research fellowship from the National Endowment for the Humanities and a residential fellowship in Byzantine Studies at the Dumbarton Oaks Research Library in Washington, D.C. In 2016, he was a Guggenheim Fellow and a member of the School of Historical Studies at the Institute for Advanced Study in Princeton, New Jersey.

Since becoming HMML’s executive director in 2003, Stewart has traveled extensively throughout the Middle East, Africa, Eastern Europe, the Caucasus and India, cultivating relationships with communities possessing manuscript collections from the early medieval to early modern periods. Stewart has overseen the expansion of HMML’s manuscript preservation projects in these regions from one project in Lebanon to projects located in more than a dozen countries.

Founded on Dec. 5, 1776, The Phi Beta Kappa Society is the nation's most prestigious academic honor society. It has chapters at 286 colleges and universities in the United States, 50 alumni associations, and more than half a million members worldwide. Noteworthy members include 17 U.S. Presidents, 40 U.S. Supreme Court Justices and more than 140 Nobel Laureates. The mission of The Phi Beta Kappa Society is to champion education in the liberal arts and sciences, foster freedom of thought and recognize academic excellence.