Clayton Gearhart, who is professor emeritus of physics at the College of Saint Benedict and Saint John’s University, recently was named a Fellow of the American Physical Society (APS). The organization, perhaps the most prominent physics society in the United States, has named Fellows since 1921 and Gearhart is the first professor from Saint Ben’s and Saint John’s to earn the distinction.

According to the APS, Fellows have made exceptional contributions in physics research, important applications of physics, leadership in or service to physics, or significant contributions to physics education. Each year, no more than one-half of one percent of the society membership is recognized by their peers for election. This year, Gearhart was among 155 Fellows selected.

Nominated by the Forum on the History and Philosophy of Physics (FHPP), his citation is for broad investigations of the early development of quantum mechanics, including Planck’s initial steps in 1900, the Franck-Hertz experiments and their relation to theory, challenges of the helium atom in the context of the old quantum theory, and the mystery of the specific heats of hydrogen.

“My research for years has involved the history of physics, and apparently it’s been noticed,” said Gearhart, who taught at CSB and SJU from 1979 to 2010, when he retired. “I was definitely pleasantly surprised.”

Max Planck was a German theoretical physicist whose discovery of energy quanta earned the Nobel Prize in 1918. He originated quantum theory, which revolutionized human understanding of atomic and sub-atomic processes.

James Franck and Gustav Hertz, two other German physicists in the early 20th century, investigated the behavior of matter – specifically by bombarding mercury vapor with slow electrons. In 1914, they used this method to investigate discrete energy states in mercury, although at first they thought they were seeing ionization. During Gearhart’s own research, he came across an essay Hertz had written describing their experiments that had never been published and was essentially unknown. Gearhart wrote a paper that included an appendix with the translation of Hertz’s report.

“This is a very high honor in our profession,” said Dean Langley, a current professor in the physics department who taught with Gearhart for more than 20 years.

Gearhart earned his PhD from the University of Minnesota and is a Resident Fellow in the school’s Center for Philosophy of Science. His historical research has been widely published and earned him many speaking opportunities – locally, nationally, and internationally. Only four other instructors – Tom Kirkman, Dan Steck, Len Valley and Fr. Wilfred Theisen – have been named professor emeritus in the physics department at CSB and SJU.

“Clayton was for many years the first physics professor that our majors and pre-engineering students encountered,” Langley said. “Returning alums have named him as their most influential teacher, for his rigorous standards and encouragement to do their best work. I have found one of his journal articles on thermodynamics to be a better source for students than many textbook explanations.

“Clayton also did a great deal to advance our use of computers in the lab and classroom, starting back when computers only did what we knew how to tell them to do. He wrote some of the data analysis software for our labs and managed the department's computer network. Along with courses in the physics curriculum, he developed outstanding senior seminars and an honors program course on the evolution of scientific thought. Clayton is still fruitfully doing what he loves, learning and teaching, and I am glad that he has been recognized for his great work.” 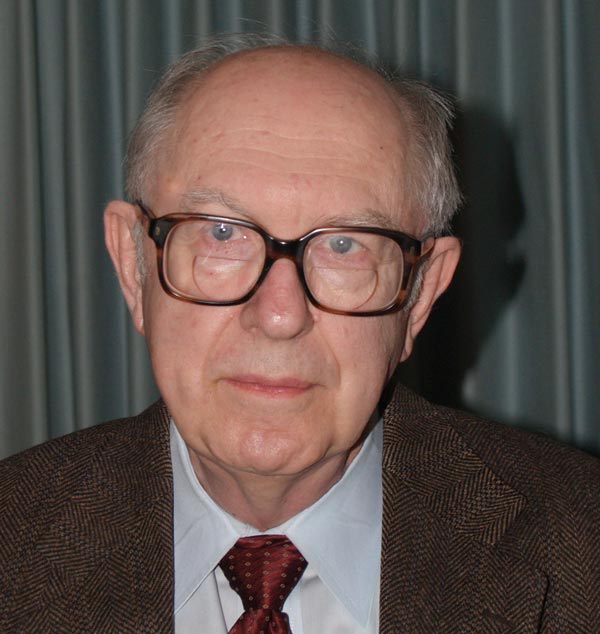