MLK Week activities to highlight the 'Forgotten Ones' 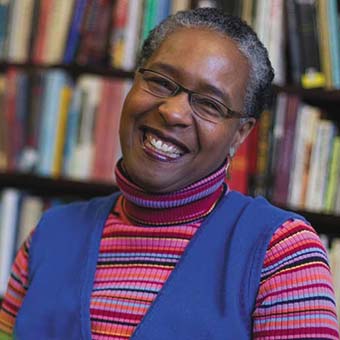 The College of Saint Benedict and Saint John’s University will honor the legacy of the Rev. Dr. Martin Luther King Jr. with a number of events Jan. 19-26.

“The Accessibility of MLK’s Dream: The Forgotten Ones” was selected as the theme “to bring to light the people who historically or currently were invisible, silenced or forgotten because they weren’t part of contemporary (to the time) awareness of people,” said Brandyn Woodard, director of Intercultural and International Student Services and coordinator of Intercultural LEAD at CSB and SJU.

“We’re wanting to highlight the necessity for all of us to be more vigilant in ‘seeing’ and ‘remembering’ folks who have been part of the common narrative,” Woodard added.

West noted that people are often overwhelmed by deepening political divisions and moral conflicts, “especially the increased public expressions of hate and intolerance regarding race, religion, sexuality and national identity,” she said.

“As we seek inspiration and hope from recalling the leadership of Martin Luther King Jr. and other organizers of the civil rights movement, we must remember why they stood up against hate and social injustice,” West said. “We must remember how they refused to allow our nation to ignore the harmful consequences that injustice inflicts on the everyday lives of vulnerable people.”

West is the author of “Disruptive Christian Ethics: When Racism and Women’s Lives Matter” (2006); “Wounds of the Spirit: Black Women, Violence and Resistance Ethics (1999) and editor of “Our Family Values: Same-sex Marriage and Religion (2006). She is also written articles on violence against women, racism, clergy ethics, sexuality and other justice issues in church and society.

In 2016, West received the inaugural Walter Wink Scholar Activist Award from Auburn Seminary, which recognizes “God’s troublemakers” and those whose scholarship makes a tangible, real difference to advance justice and peace in our world.

Please note that the class schedules at CSB and SJU will be shortened this day to allow for attendance at the convocation.

Lorena Roffé and Stephane Gué, who are CSB/SJU Guatemala study abroad program faculty and professional activist theater practitioners, will join the group. They are founders of Multiplication and Exploration of the Theater of the Oppressed in Central America, and in Spanish means “It’s my turn (to act)” and “(reality) touches me.”

Johnson was one of the primary characters in the 2016 film, “Hidden Figures.”

The documentary, produced by MotionMasters, is shown in collaboration with the CSB/SJU Mathematics Department.

Other events during the week include: