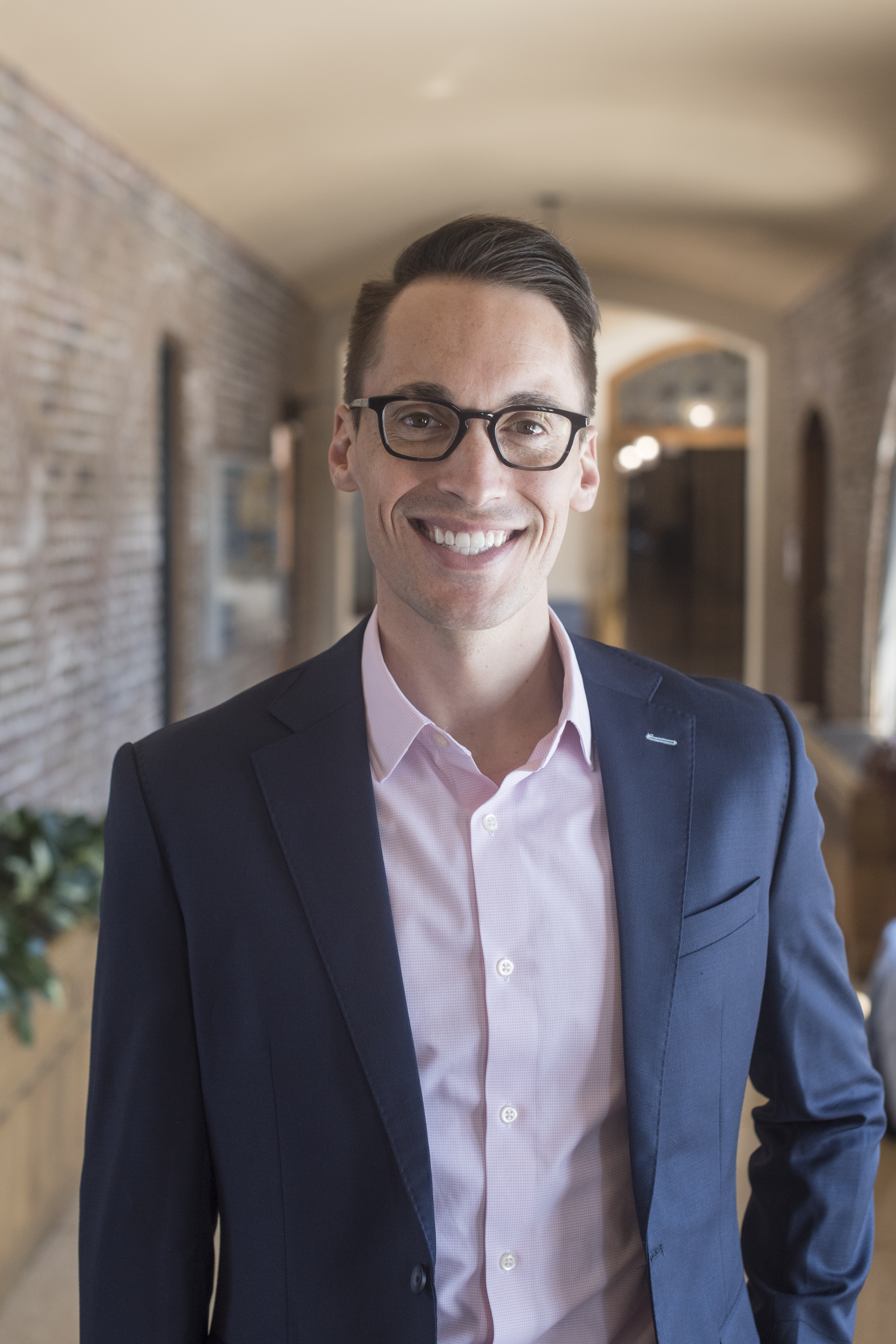 At St. Scholastica, Bret directs The St. Scholastica Concert Choir and Bella Voce and oversees the college’s General Education program, including the first year program, Dignitas.  Under Bret’s direction, The College of St. Scholastica Choirs perform several concerts a year and annually tour both regionally and nationally, including the 2013 tour to Rome, Assisi, Subiaco, and Norcia, Italy as a part of The College’s Centennial Celebration. In 2014, Bret was awarded the college’s Benedictine Professorship in General Education. In 2015, Bret was named one of Duluth’s 20 Under 40.

Bret is the Artistic Director for the Lake Superior Youth Chorus and is the Artistic Director of the Twin Ports Choral Project. In 2014 and 2015, both LSYC and TPCP have been invited to perform at Minnesota Public Radio’s “Harmony in the Park.” Recently, TPCP was invited to perform at the 2015 American Choral Directors’ Association State Conference and the 2016 North Central American Choral Directors’ Association Regional Conference. Bret maintains an active schedule as clinician, adjudicator, and guest conductor for choral festivals and conferences in Minnesota and around the country.

Prior to his appointment at CSS, Bret served three years as Vocal Music Director at Cathedral High School/John XXIII Middle School in St. Cloud, MN.  In 2007, the Cathedral High School Concert Choir was invited to perform at the Minnesota Music Educator Association’s Mid-Winter Clinic.  That same year, Bret was awarded the American Choral Directors Association of Minnesota’s Outstanding Young Conductor Award.  From 2005-2008, Bret was the Associate Artistic Director of The St. John’s Boys’ Choir, where he conducted the Junior Varsity Choir and led the recorder and theory programs.

Bret has previously served on the Board of Directors for the American Choral Director’s Association of Minnesota, where he is the editor of its Star of the North publication, The St. John’s Boys’ Choir, and was a member-at-large for the NAfME Choral Education Council. He currently serves at the North Central ACDA Repertoire and Resources Chair for Children’s and Community Youth Choirs.

Bret holds a Bachelor of Arts Degree in Music Education and Vocal Performance from Saint John’s University, MN, a Masters of Music in Choral Conducting from Saint Cloud State University, MN, and a Doctorate of Music in Choral Conducting at the University of Washington. He is an active member of the American Choral Directors Association, the National Association for Music Education, The College Music Society, Chorus America, and the VoiceCare Network.