Tara holds a Master of Music degree in Flute Performance from the University of Northern Iowa, where she served as a graduate teaching assistant to Dr. Angeleita Floyd. She won second place in the UNI Concerto Competition and was a featured soloist with the Northern Iowa Symphony Orchestra while on tour in Caxias do Sul, Brazil. Following graduation, Tara won UNI’s Outstanding Creative Master's Thesis Award.

Principal flutist in the Oskaloosa Symphony from 2009–2014, Meade enjoys presenting works in a variety of genres in solo recitals and ensembles, and was twice named a winner of the NFA Jazz Flute Big Band competition. Ms. Meade has been an adjudicator, clinician, and guest conductor at the University of Northern Iowa, Luther College, and numerous high schools in Iowa. She has performed in masterclasses with William Bennett, Amy Porter, Gergely Ittzés, Jill Felber, Claudia Anderson, and Alexa Still. Ms. Meade is a member of the National Flute Association and the Upper Midwest Flute Association. 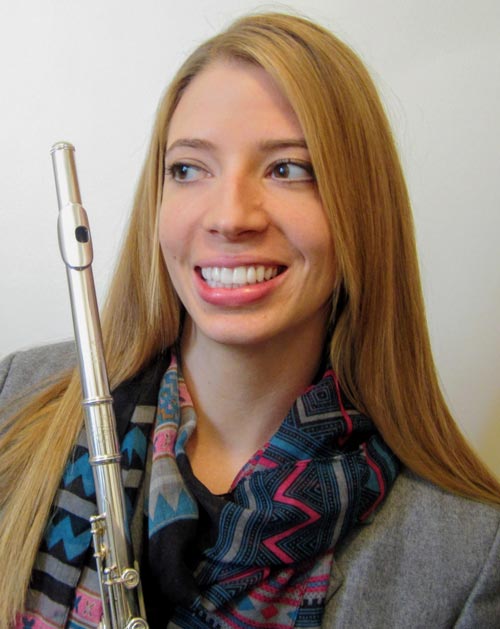